Why Quetta blast is a big concern for China's ambitious projects 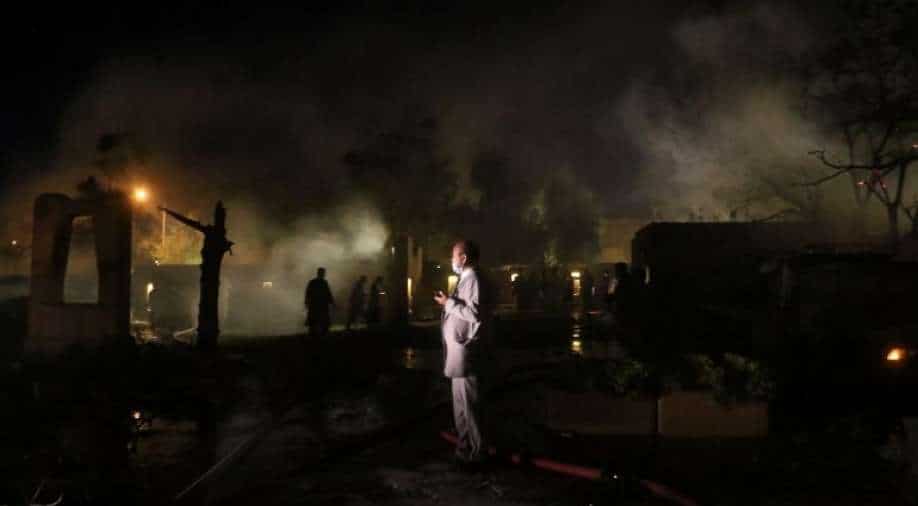 The Tehreek-e-Taliban, an offshoot of the Afghan Taliban, claimed responsibility for the attack and Islamabad says their target was the Chinese ambassador to Pakistan

Pakistan Prime Minister Imran Khan has vowed to wipe out terror in his country.

This tall promise came shortly after a suicide attack in Balochistan. On Wednesday night, 50 kgs of RDX exploded at a luxury hotel in Quetta.

The Serena Hotel in Quetta is located right next to the Iranian consulate and the provincial assembly of Balochistan.

As many as four people were killed and 11 have been injured. The Tehreek-e-Taliban, an offshoot of the Afghan Taliban, claimed responsibility for the attack and Islamabad says their target was the Chinese ambassador to Pakistan.

"This incident occurred after Iftar (breaking of fast). The car was parked in the parking lot of the Serena Hotel. The blast killed four people and injured 11. One of our police constables is among the injured," Mir Ziaullah Langove, Balochistan provincial minister, said.

Nong Rong, the Chinese ambassador to Pakistan, was staying at the hotel with four other Chinese delegates.

He was out for a meeting at the time of the explosion.

In Beijing, the Chinese foreign ministry is alarmed and has condemned the attack, promising to firmly support Pakistan's anti-terrorism efforts.

"China strongly condemns the terrorist attack, expresses its condolences to the tragic victims and extends its sympathy to the injured," Wang Wenbin, foreign ministry spokesperson, said.

"China will continue to firmly support Pakistan's counter-terrorism efforts, jointly maintain and promote regional security and stability, and ensure the safety of Chinese personnel and institutions in Pakistan."

In Islamabad, Pakistan Prime Minister Imran Khan said he was saddened by the loss of innocent lives, promising to not let the scourge of terrorism re-emerge.

However, the people of Balochistan will tell you this promise means nothing. The province has seen six decades of insurgency by separatists who want independence from Pakistan. Their objective is to end Islamabad's monopoly and exploitation of the province's mineral resources.

This conflict intensified with the onset of China Pakistan Economic Corridor (CPEC) in 2017, which is increasingly turning Balochistan into a Chinese colony.

Billions of dollars are flowing into the regions, thousands of outsiders are getting jobs, but the Baloch people continue to toil in poverty as they are pushed to the margins.

In recent years, they have carried out multiple attacks on Chinese investments.

Three Chinese nationals were injured in a suicide attack near Quetta in 2018. In 2019, gunmen stormed a hotel in the Chinese-run Gwadar seaport, killing five people. And in 2020, Baloch insurgents stormed the Karachi Stock Exchange, in which nine people were killed.

With the latest suicide attack that targeted the Chinese ambassador, it has become absolutely clear that Balochistan is slowly becoming China's Achilles' heel.

It is becoming a big problem for China's mega Belt and Road Initiative and the jewel in its crown, the CPEC.