Why Pakistan is offering peace with India 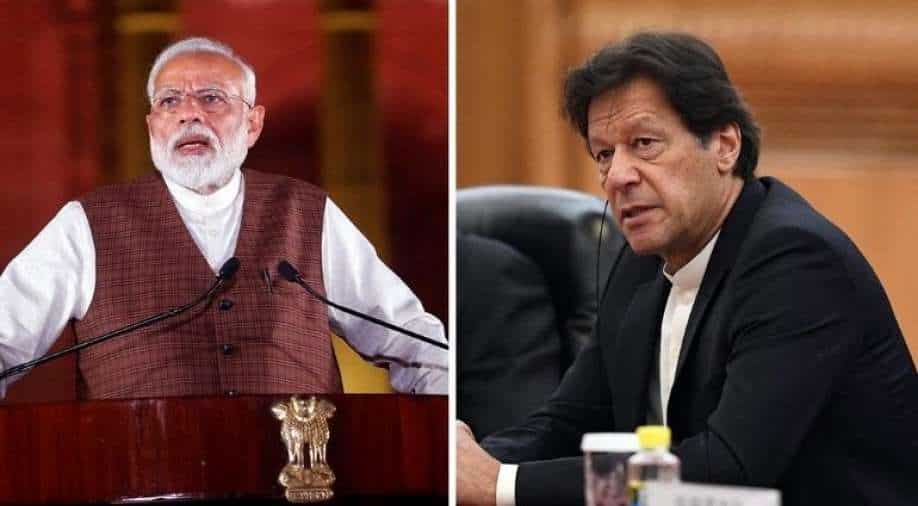 Last month, India said that it wished to have normal neighbourly relations with Pakistan in an environment free of terror, hostility and violence

India's western neighbour Pakistan is offering to "bury the past and move forward", a day after Prime Minister Imran Khan made similar overtures towards New Delhi following an unexpected ceasefire announcement by the militaries of the two countries weeks ago.

Last month, India said that it wished to have normal neighbourly relations with Pakistan in an environment free of terror, hostility and violence.

India has said the onus is on Pakistan to create an environment free of terror and hostility.

Also read: Pak Army chief says it's time to bury the past and move forward

India has also told Pakistan that "talks and terror" cannot go together and has asked Islamabad to take demonstrable steps against terror groups responsible for launching various attacks on India.

However, Pakistan's Army Chief of Staff General Qamar Javed Bajwa's call for movement towards cooperation has a few reasons:

Amid low chances of Pakistan exiting the Financial Action Task Force's (FATF) grey list, a research paper by an Islamabad-based think tank has revealed that Pakistan sustained a total of $38 billion in economic losses due to FATF's decision to thrice place the country on its grey list.

Pakistan has been on the FATF's grey list since June 2018 and the government was given a final warning in February 2020 to complete the 27 action points by June in the same year.

Pakistan received $500 million from the World Bank and the Asian Development Bank each in June this year to prop up its struggling economy.

US President Joe Biden had said he was "outraged" after Pakistan's top court upheld the acquittal and ordered the release of Ahmed Omar Saeed Sheikh, the terrorist convicted of masterminding the 2002 beheading of US journalist Daniel Pearl.

Pearl's killing -- which was filmed -- caused international shock and outrage.

Secretary of State Antony Blinken said that Washington is ready to prosecute Sheikh in the United States for his horrific crimes against an American citizen.

Pakistan's economy is in the doldrums, plunging to new lows every day with inflation at an all-time high.

In January, Pakistan had witnessed 12-year high inflation at 14.6 per cent which is among the highest in the world.

Food prices have been spiralling out of control in the country. In October, food inflation was at 16.6 per cent. The Pakistan government went on a panic-buying spree to bring the prices down.

The East Asia forum calls 2020 a forgettable year for Pakistan's economy as its GDP fell to -0.4 per cent.

Pakistan's economy is scraping the bottom of the barrel with unemployment zooming. According to the World Economic Forum, the youth unemployment rate in Pakistan stands at 8.5 per cent in a country where 64 per cent of the population is below the age of 30.

Top officials of the Pakistan government are in panic mode after the United Arab Emirates (UAE) demanded its $1billion back. The amount is deposited with the State Bank of Pakistan (SBP), the central bank of the country. The deadline to return the $1billin is 12 March. The money is demanded as the amount has reached its maturity.

In 2018, the Pentagon cancelled $300 million in aid to Pakistan because of Islamabad's inaction against terror groups.

India and Pakistan signed a ceasefire agreement in 2003, but it had hardly been followed in letter and spirit over the past several years with more violations than observance of the pact.

Ties between India and Pakistan nose-dived after a terror attack on the Pathankot Air Force base in 2016 by terror groups based in the neighbouring country. Subsequent attacks, including one on the Indian Army camp in Uri, further deteriorated the relationship.

The ties dipped further after India's warplanes pounded a Jaish-e-Mohammed terrorist training camp deep inside Pakistan on February 26, 2019 in response to the Pulwama terror attack in which 40 CRPF jawans were killed.