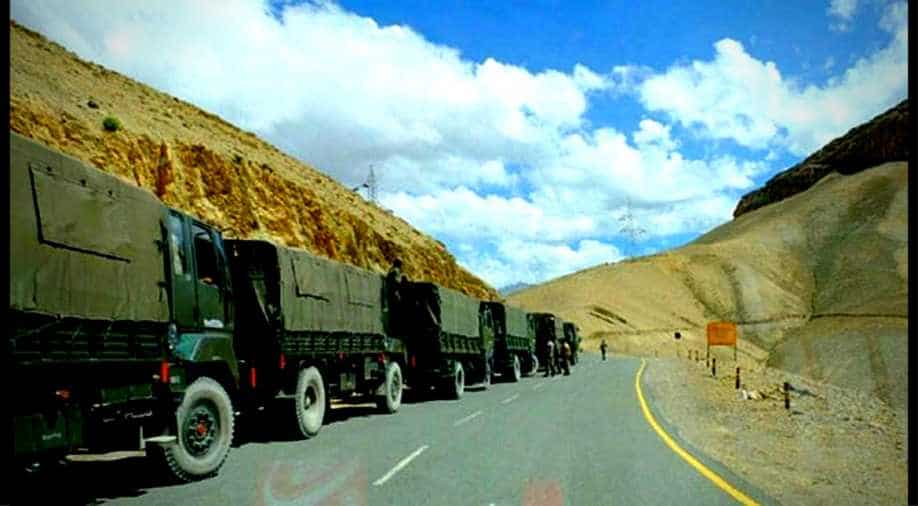 Indian and Chinese troops had been involved in a stand-off in Doklam since June this year. Photograph:( Facebook )

Beijing has taken the Doklam border tension to a new level. In a rather unusual practice, the Chinese Foreign Ministry (MoFA) has released a Position Paper explaining China’s stance on the ongoing Doklam border row and how India has violated international law on the matter. The Position Paper titled -- "The Facts and China’s Position Concerning the Indian Border Troops Crossing of the China-India Boundary in the Sikkim Sector into the Chinese Territory" were released on August 2, 2017, by the Ministry of Foreign Affairs (MoFA) of China.

The Position Paper cannot be overlooked by India since it serves as a pointer on the future course of China-India boundary negotiation.

Releasing a position paper or official white paper is nothing unusual in China today. In the last decade, China has released several papers on sensitive subjects relating to territorial and national security issues. Through these papers, Beijing has explained to the international audience affirming China’s position on sensitive issues like human rights, Tibet, Xinjiang, South China Sea, East China Sea and on many other issues that Beijing would like to narrate its official position to the outside world. These papers have acted as official documents for China. But most of these papers have been released by the State Council of China. For the MoFA to release a position paper only confirms Beijing’s seriousness on the matter. Though this is not the first time that MoFA has released a Position Paper, still MoFA releasing the Position Paper confirms to the motive that how keen Beijing really is to take advantage of the situation and make an international diplomatic capital out of the Doklam row.

The paper seeks to internationalise the issue and show India in a bad light.

The text of this Position Paper may not necessarily be all new. The Chinese government and the People’s Liberation Army (PLA) have expressed similar texts and wordings in different press briefings over the last two months. The longevity of the Doklam border tension has already allowed China to capitalise the issue, by reiterating how China is being tolerant to India’s insensitivity on the whole Doklam tension. Therefore, it is not the text of this Position Paper that is important here. What is important is how the Position Paper seeks to internationalise the issue and show India in a bad light. Beijing’s attempt is, clearly, to internationalise the Doklam tension to the extent that it can create strong global diplomatic pressure, including to employ a military pressure on its own, on India if the situation deteriorates.

The Position Paper, set out in four parts, gives the Chinese version of the border tension, explaining how the situation has been complicated by Indian troops trespassing the border. Interestingly, the position paper has three maps in Appendix I, while Appendix II is about the "Convention Between Great Britain and China Relating to Sikkim and Tibet" and Appendix III carries quotes from important letters from India to China in 1959, 1960 and 2006 over Bhutan and Sikkim. The maps are designed to reinforce a case against New Delhi by depicting how Indian troops are trying to change the facts on the ground by trespassing the international border. So, while the position paper reiterates the Chinese position on the matter, there is also a new set of narratives that Beijing is trying to depict on what India must remain watchful.

The main Chinese intent behind this text in the Position paper is to depict a case that Indian troops are still on the Chinese ground and the international community must note that.

First, the Position Paper questions the motive and physical movement of Indian troops. It categorically states that “At the end of July, there were still over 40 Indian border troops and one bulldozer illegally staying in the Chinese territory”. Though one needs to verify the number of Indian soldiers present on the Doklam plateau, the motive behind this Chinese depiction is to show to the international community how Beijing is acting with restraint despite Indian troop presence in Chinese territory. Though India has denied the reduction of the troops, still the main Chinese intent behind this text in the Position Paper is to depict a case that Indian troops are still on the Chinese ground and the international community must note that.

Second, the Position Paper tries to reiterate the importance of the 1890 Convention between Great Britain and China Relating to Sikkim and Tibet to explain that the boundary in the Doklam region is defined. This is nothing new on China’s part, but the paper tries to build a context of how India is insulting China’s sovereignty by trespassing onto Chinese territory. The effort here is to pass a message to the international community, that the area where China was constructing the road is not a disputed area between China and Bhutan, but belongs to China only. This is an attempt to change the status-quo on the ground. Besides, the motive behind this is to legitimise the 1890 agreement and impose the implications of this agreement compellingly on India. This is an interesting aspect since China have shown reservation in acknowledging the historical 1914 McMahon Line in China-India boundary negotiation, and have always preferred to call it as an “illegitimate” line. But in this case, Beijing has preferred to acknowledge the legitimacy of 1890 convention which is older than the 1914 McMahon Line.

The motive behind this is to legitimise the 1890 agreement and impose the implications of this agreement compellingly on India. This is an interesting aspect since China have shown reservation in acknowledging the historical 1914 McMahon Line in China-India boundary negotiation, and have always preferred to call it as an “illegitimate” line.

Third, the position paper tries to explain how India’s reference to China’s road construction in the Doklam area as a “serious security implication” is unacceptable and the international community must take a strong note of it. The paper talks about UN General Assembly Resolution 3314 and authoritatively explains that India has violated international law by ‘crossing a delimited boundary’. This is equally interesting as Beijing has never been so concerned about violating international law on maritime disputes in the South China Sea and the East China Sea. Chinese behaviour in these disputes has been quite problematic, but Beijing has forgotten to take cognizance of its own actions.

Fourth, China is trying to make a sovereignty assertion through this position paper that China will not compromise on boundary disputes with India. The position paper affirms that “no country should ever underestimate the resolve of the Chinese government and people to defend China’s territorial sovereignty”. Such wording only explains how Beijing is slowly building a nationalist context not only over Doklam but also over China’s overall approach towards India. Beijing is trying to put India in the same negative bracket along with Japan and the United States.

The most important aspect above all these is how slowly Beijing is trying to influence the status-quo equations. This position paper helps China to slowly tighten the status-quo on the ground in front of the international community. It would, henceforth, not be surprising if China decides to employ a more aggressive stance on its border negotiations with India. Beijing would carry more patrolling activities across the China-India border, carry out resolutely its military infrastructure facilities and try to indulge in frequent incursions. These will allow China to change the facts on the ground slowly in its favour. More than that, the release of this Position Paper also allows Beijing to change the overall ‘relationship status-quo’ between China-Bhutan, India-Bhutan and China-India. Through this Position Paper, Beijing is trying to make a case to Thimphu that Bhutan is a ‘sovereign’ country and should not be swayed by any Indian influence.

Beijing is trying to pass a message that India should be careful about its relationship with China, particularly border related issues, by signalling that it can complicate the China-India boundary dispute whenever it wants.

The Position Paper cannot be overlooked by India since it serves as a pointer on the future course of China-India boundary negotiation. Beijing is trying to pass a message that India should be careful about its relationship with China, particularly border related issues, by signalling that it can complicate the China-India boundary dispute whenever it wants. There is also a signal that China could perhaps revisit its stance on Sikkim if the situation persists or deteriorates. India must take judicious note of this fact.

The timing of the release of this Position Paper is also linked to Chinese domestic political context. Beijing is preparing hard for the 19th Congress of the Chinese Communist Party (CPC). An authoritative positioning on national security issues helps the CPC to gather public applaud in its favour by making a statement that there will be no compromise regarding China’s national security and territorial integrity. The effort is to build a new international image of China under Xi Jinping - that the country is moving towards a new and distinct path, which the international community, especially China’s neighbours, must take note of.