'Why are you taking it so lightly?' Islamabad High Court slams authorities over alleged forced conversion of Hindu girls 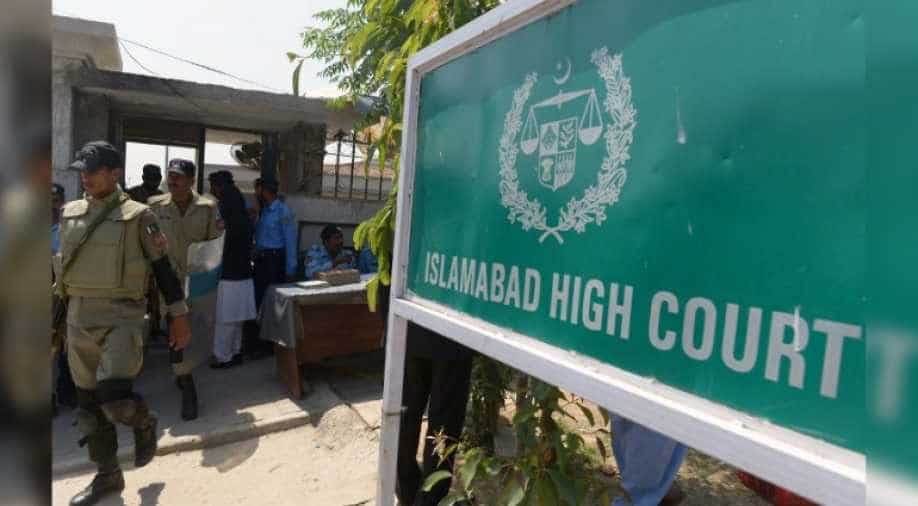 We should learn from the incident in New Zealand. This is an Islamic Welfare state and minorities should have the right to free movement, the chief justice added.

The Islamabad High Court on Tuesday came down heavily on authorities in a hearing on the alleged conversion of two Hindu girls in Sindh province. The incident was reported last month when the family members of the girls claimed that they were kidnapped on the eve of Holi festival and converted.

"Why is it that such incidents happen in your area only? Why is the federation taking this case so lightly? We need to learn from other countries. Whatever the case is, the impact and message internationally are not encouraging," Chief Justice Athar Minallah told the Chief Secretary of Sindh province.

We should learn from the incident in New Zealand. This is an Islamic Welfare state and minorities should have the right to free movement, the chief justice added.

The girls' lawyers, meanwhile, claimed that they are not minors and converted and married as per their own will. They pleaded that the girls should be handed over to their husbands, but the chief justice said, "This matter is sensitive, we will go in its depth. We will do whatever the law says and is acceptable to all. We will not be issuing any verdict in rush."

The court posted the case for further hearing on April 11.

"The age reports are a secondary concern, the primary concern remains the way things are done. A statement should be taken in the free will of the girls in front of the magistrate and again after three months, another statement should be taken, like it's done in India, Malaysia, Indonesia etc. There are many countries where people convert to Islam but they are not questioned," said Ramesh Vankani, a member of the National Assembly from the ruling Pakistan Tehreek-e-Insaf (PTI) party.

Senator Kishoo Bai of Pakistan Peoples Party (PPP), who accompanied the girls' family to the court, rejected the medical report submitted by doctors saying that the family was not informed beforehand.

The high court formed a judicial inquiry commission to look into the matter and determine whether the case is of forced conversion. The court also accepted the family's plea to include Mufti Taqi Usmani in the inquiry commission ahead of naming the four-member inquiry commission. Before adjourning the hearing till the April 11, the court instructed the Federal Secretary Interior to be present before the court in the next hearing in his personal capacity.

The two girls were allegedly kidnapped from their home in Sindh's Ghotki district by a group of "influential" men on March 20, a day before Holi. They were converted to Islam and married to Muslim men. A video of a priest purportedly solemnising the marriage of the two girls went viral soon after, triggering nationwide outrage. Pakistan Prime Minister Imran Khan ordered a probe.

The Pakistan police detained at least seven people, including a nikah khwan (marriage officiator), allegedly involved in the abduction, forced conversion, and marriage of the two sisters.