Where are Bangladesh's missing youths? 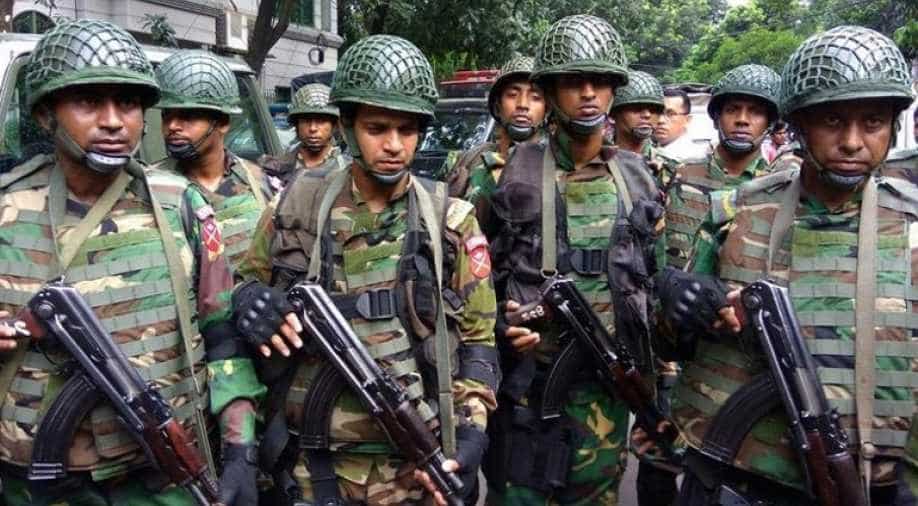 Bangladesh Army soldiers gather near the Holey Artisan bakery in Dhaka on July 2, 2016. Photograph:(Reuters)
Follow Us

A year after the terrorist attack on the Holey Artisan bakery in Dhaka -- in which 20 civilians, mostly foreigners, died -- police are yet to complete their investigation into the attack.

Bangladesh's interior minister Asaduzzaman Khan said on June 28 that the authorities would file a chargesheet soon but investigators told WION that it could take till at least the end of the year.

Islamic State had claimed responsibility for the attack, which caught Bangladesh's security and intelligence agencies off guard, on the bakery on July 1, 2016 .

Since then Bangladesh's security forces have carried out at least 12 counter-terrorist operations in which 46 persons were either killed or committed suicide, Sahely Ferdous, assistant inspector general of Bangladesh Police, told WION.

More than a hundred people have disappeared since last July, some of who may have joined radical outfits, she said.

Statistics from the centre however vary with those the country's Counter Terrorism and Transnational Crimes Unit shared with WION.

The specialised unit on counter-terrorism said 65 people were killed in counter-terror operations and more than 100 suspected members of terrorist outfit neo-Jamaatul Mujahideen Bangladesh have been arrested since July last year. According to them, the number of missing youths who are feared to have joined radical outfits is not more than 10.

The variation in the data is worrying, particularly when a growing number of youths are disappearing in Bangladesh.

"After the incident at Holey Artisan, some people were arrested or abducted by law enforcement agencies only on suspicion," says Nur Khan, a human rights activist.

Khan's remark resonates with what the father of missing 27-year-old Imam Hossain says.

Imam was one of three youths who disappeared on June 3 this year.

"I do not know who took my son away in broad daylight. Three youths, one disappeared at 9 in the morning and two others at 5.30 that evening. If they committed crime, they would disappear together," said Billal Hossain, Imam's father.

Imam is the elder of two sons and was his family's only breadwinner.

After graduating in electrical and electronics engineering from Dhaka's BRAC University, he was working at Telex Limited, an IT company in the capital.

Imam and his friend Hasan Mahmud had gone to meet Rashid Alam, a maternal uncle of Kamal Hossain's, who worked in the same company as them and had disappeared that morning.

Imam and Mahmud had gone to give a copy of Kamal's CV to Alam so that he could file a police complaint, said Faisal Ahmed, Imam's younger brother.

They were to return to work to break their fast that evening but have been incommunicado ever since.

Police told WION they are investigating the disappearance of Imam and his colleagues but that they are yet to make any progress.

"Family members of those terrorists who were killed at the Holey Artisan Bakery complained the same thing that law enforcement agencies picked up their boys but afterwards it was proved that they left their houses to join terrorist groups," said Monirul Islam, chief of the Counter Terrorism and Transnational Crimes Unit in Dhaka.

A year after the horrifying terrorist attack on the bakery, as Bangladesh grieves, the line between the "disappeared" youths joining radical outfits and being picked up by the security forces has largely become blurred.

On this the broadcast, WION examines what has changed in Bangladesh since the deadly terror attack in Dhaka a year ago (WION)