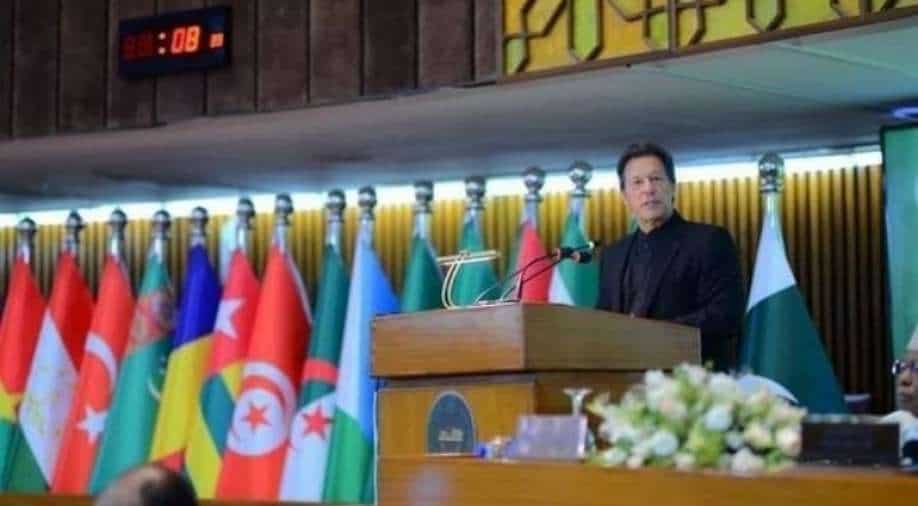 PM Imran Khan claimed that the Taliban were largely Pakhtuns and that they were thus unwilling to comply with international demands for human and women's rights.

Imran Khan, the Pakistani Prime Minister, has done it again, as he has been doing for several years: Supporting the Taliban and their actions while rationalising all forms of discrimination, especially against women.

The embattled leader of Pakistan, speaking at the 17th session of the Organization of Islamic Cooperation (OIC) in Islamabad, said the Taliban's culture is comparable to that of Peshawar, Khyber-Pakhtunkhwa, where parents were paid stipends to send their daughters to school, but they were not sent to school.

PM Imran Khan claimed that the Taliban were largely Pakhtuns and that they were thus unwilling to comply with international demands for human and women's rights.

PM Imran Khan tells #OICInPakistan that ‘Taliban are predominantly #Pakhtuns’ and therefore not willing to comply with the int’l community’s demands regarding human and women’s rights. ‘They don’t send their girls to school even with stipends’ in tribal areas of 🇵🇰. #OIC4Pak pic.twitter.com/HIVgzNor7y

Khan went on to defend the Taliban's position on preventing young girls from attending educational institutions, saying that all governments must be "sensitive to tribal customs."

This photo nails it
To legitimize Taliban, Imran Khan tries hard to convince the world that Taliban=Afghan culture.
Taliban has nothing to do with Afghan culture. Its a school of thought established by Zia-Ul-Haq, fed by Benazir Bhutto & Nawaz Sharif, empowered by @ImranKhanPTI https://t.co/0qEMUVFcDn

Beyond offensive, patronising & insulting for anyone in this gov to pretend condemn #APS massacre. Imran Khan avoids the mothers who lost their children whilst negotiating with their killers & releasing Ehsanullah Ehsan - the man responsible. Enough hypocrisy Taliban Khan.

He appeared to support the Taliban's oppressive tactics and the limits imposed on women, such as how they must dress in public.

His comments were harshly panned, with many accusing him of portraying the Taliban as a "model regime" for human rights.