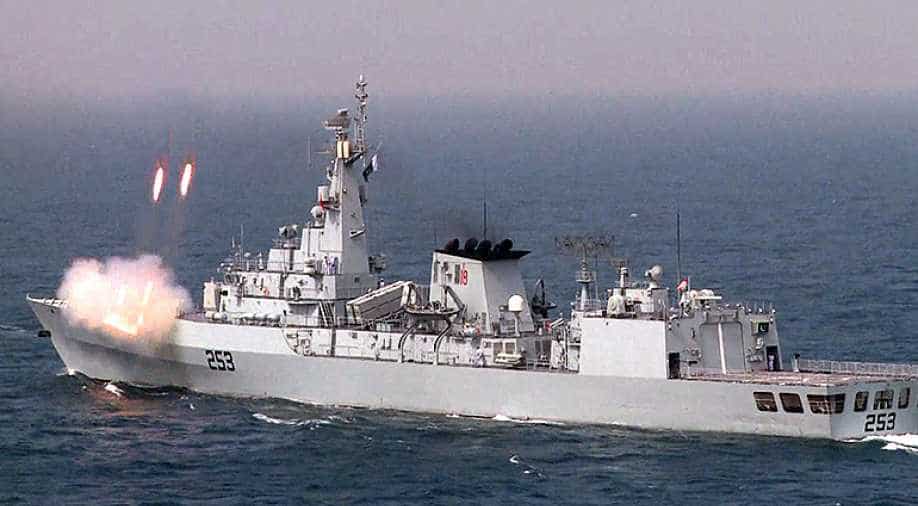 The exercise is designed to develop and practise response tactics, techniques, and procedures for maritime infrastructure and forces against traditional and non-traditional threats.

Pakistan's navy on Monday took part in multinational maritime exercise Aman-19 off the coast of Karachi as part of the five-day event.

According to Pakistan, the navies of forty-six nations are taking part in the exercise which involves an 'at-port' and 'at-sea' phase with a focus on maritime security, counter-terrorism and humanitarian assistance operation.

The exercise is designed to develop and practise response tactics, techniques, and procedures for maritime infrastructure and forces against traditional and non-traditional threats.

Pakistan has held Aman navel drills since 2007 and this year's iteration will end today with a cultural show and food gala in which all the participating nations will showcase their national culture and cuisine.

Pakistan's Special Forces had taken part in a maritime counter-terrorism demonstration on the island of Manora, Karachi on Saturday as part of multi-national naval exercise Aman-19.

The exercise, which aims to train naval forces to combat terrorism and piracy, was formally launched on February 8 at the Karachi Naval dockyard.

Aman-19 is a series of biennial naval exercises conducted by the Pakistan Navy since 2007 and is aimed at enhancing military ties among the other regions.