Wannabe Greek gods: The fad of nutrition in India 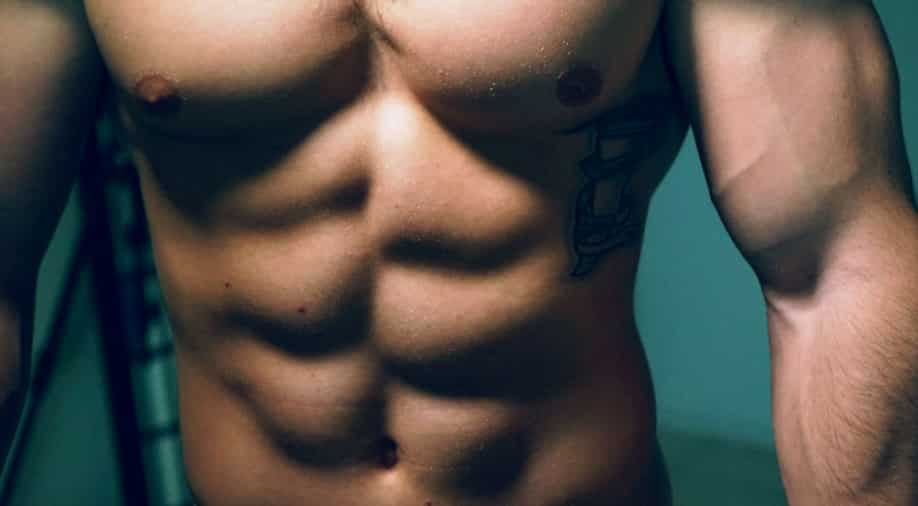 Health trainers claim that every actor who has done shirtless scenes has, most likely, taken steroids (Representational Image: Flickr, christian-berns-photography-ab) Photograph:( Others )

Indians have been blindly influenced by Bollywood--from the idea of love to holiday destinations--we have always taken inspiration from the big screen. For someone living in present-day India, it is difficult to have missed the bare-chested Salman Khan in the iconic song, ‘O-O-Jaane Jaana’. More than giving butterflies and lustful fantasies to the ladies, it gave goals to the masculine youth.

This was just the beginning the ‘era of voguish 6-8 abdominis muscles protruding out of a man's torso’. It was a trend--from Hrithik Roshan, John Abraham, Shah Rukh Khan to Ranveer Singh and Varun Dhawan in recent times--that turned out to be more like a compulsion among celebs. The transformation of Aamir Khan's body for his movie Dangal inspired the nation.

It is wise to work on your health, and easier to do so when you get motivation from your favourite celebrities who also happen to be so called ‘fitness icons’. On the other end, it is appreciable to be able to encourage so many youngsters to exercise. However, at the same time, one has to keep in mind that the country is not very literate when it comes to health-fitness science education. These youngsters hitting the gym at the age of 16 often do not know what the human body is capable of.

Interestingly, the intention of getting those abs rarely includes fitness. “Abs have hugely become goals. Models and actors build them so that obviously inspires young people, but the idea is to show off their body as it gives a sense of confidence. I don't know anyone doing this to improve health,” says Ishi Khosla, clinical nutritionist, author, and founder of Whole Foods, a retail and cafe chain of healthy food.

A misinformed Indian believes that the actors are able to ace that body in such a short period of time due to their strict diet, workout regimens, and dedication

Deciphering the body of lies

The men of B-town flaunting their flawless-greek godish bodies, left the boys dreamy, trying to picture themselves into that sought-after frame. The average India does not realise that celebrities have a fleet of people working on their looks. Their bodies are a major selling point when it comes to their market value and they have to shape it the way the world would like to see it.

A misinformed Indian believes that the actors are able to ace that body in such a short period of time due to their strict diet, workout regimens, and dedication. "People must understand that there are rigors of attaining such bodies. The diet and exercise demands are mostly unrealistic for a layman. Also, what the screen shows is often boosted with makeup or are photoshopped,” says Khosla.

Several health trainers also claim that every actor who has done shirtless scenes has, most likely, taken steroids. When somebody is on steroids, there is a rapid transformation in an extremely short period of time. It is possible for people with blessed genes to achieve that ripped body in 5-6 years. But in six months, it is just not possible. Otherwise, every boy who has been to the gym for half a year would look jacked up.

Protein consumption helps in the process but there is a limit to which your body can consume protein in the form of food. When somebody starts taking substances such as steroids, the biology of your body changes. Your body can absorb a much larger amount of protein and therefore the muscle protein synthesis and recovery improves. Therefore, steroids act like a cheat to fast forward the process.

Secondly, the ability for muscle-building is dependent on testosterone levels, a hormone that depletes with age. This is a major reason why athletes usually retire at 35 years of age. However, externally injected anabolic hormones stimulate protein synthesis, muscle growth, and insulin.

Celebrities are very subtle about acceptance of the use of substance and most even don’t openly deny. They can afford the best quality steroids and have professional trainers to guide them. “Hormone syringes and steroids are very common in the industry. The actors use it before shoots to look bulked up. But all of them visit doctors for regular checkups and detoxification--it's a must," says a celebrity trainer who spoke on the condition on anonymity.

Celebrity trainer Vinod Channa is in favour of food-based supplements. “There is no harm in taking food-based supplements. The quantity depends on the intensity of workout, otherwise, it will get stored in the body as excess fat. The whole foods are definitely much better but if one doesn’t have time to follow a strict diet because of busy schedules, supplements can be a good source,” he says. Channa's clientele includes John Abraham, Anant Ambani, and Shilpa Shetty.

A tech-savvy yet misinformed generation?

How many of us have not come across the fat to fit in 30 days advertisement and other shortcuts for that perfect physique? A diet with no carbs and only proteins vs a diet with only carbs and no protein?

Even though ours is a self-taught generation with free access to information from around the world, the Internet faces, like what experts call it, information overload. It is not merely the dizzying increase in the volume of information--the amount of data stored doubles every 18 months.

There are a billion health bloggers with a zillion training programs and diets. They will mostly have contradicting opinions on the same query. Most of it is mere noise--If people fail to distinguish between the two, the result will be a society overwhelmed with not just useful information but also dangerous misinformation and disinformation. “It is a double-edged sword. The Internet does provide information but you cannot replace the need for a qualified professional," claims Khosla.

The wannabe Greek Gods are not able to logically comprehend the commerce behind gym-bodies and take it up as a challenge to build one. Without a doubt, gymming has its benefits. But clearly, the obsession with a jacked up body is an unhealthy one.
Most men are not up for a sprint or a run but want to gym to build muscles in the name of fitness. But when they do not see the desired results in a short span the disappointment that unfolds leads to varied reactions among different personalities.

A study indicates that the maximum number of sign-ups in a gym happen in the month of January, mainly to account health while formulating new year resolutions. However, the retention rate is only 10 per cent. Most people lose motivation in a short period of time because they do not see results.

A study indicates that the maximum number of sign-ups in a gym happen in the month of January, mainly to account health while formulating new year resolutions. However, the retention rate is only 10 per cent.

Humans tend to want immediate gratification, and it can be irritating when we don’t see it in one of those many mirrors on the wall. We begin to lose motivation, especially when the targets in our head are so unrealistically high, thanks to the glamour industry.

In rare cases, it leads to exercise addiction disorder, which is a real thing, and it may cause for the person to get obsessed with gymming and body image so much so that even if one workout is missed, the person starts feeling depressed, guilty or anxious. In such cases, motivation is derived more from a rigid sense of compulsion than a sense of anticipated enjoyment. One may mock this disorder as a far less important issue than obesity. But just because the general population isn't suffering as 'epidemically' from exercise addiction as they are from obesity, it doesn't mean the severity of suffering experienced by those who are hooked on physical activity is any less.

Lastly, not achieving the abs may also result in the devastating consequence of turning to steroids. Medical experts warn of severe consequences “One can land up with liver or kidney disease, nutritional deficiencies, hormonal imbalances, metabolic syndrome, digestive disorders like reflux, IBS, constipation, infertility, autoimmune diseases to name a few,” claims Khosla.

Moreover, studies indicate that men are less like to visit a doctor than women, a major reason why they die earlier. They have problems admitting to their issues because of how history describes their cultural existence--a physically and mentally strong, authoritative figure created for the progress of humanity.

“Fitness is not only a good-looking body but is also about regaining what you have lost due to age and lifestyle such as strength, stamina, flexibility, agility, speed, power, mobility, endurance, mind & body coordination,” Channa conclude.

This Men's Health Week, vow to not gym for that perfect body, but for fitness. Chase becoming the best version of you!