Videos of Taliban with US equipment embarrass White House 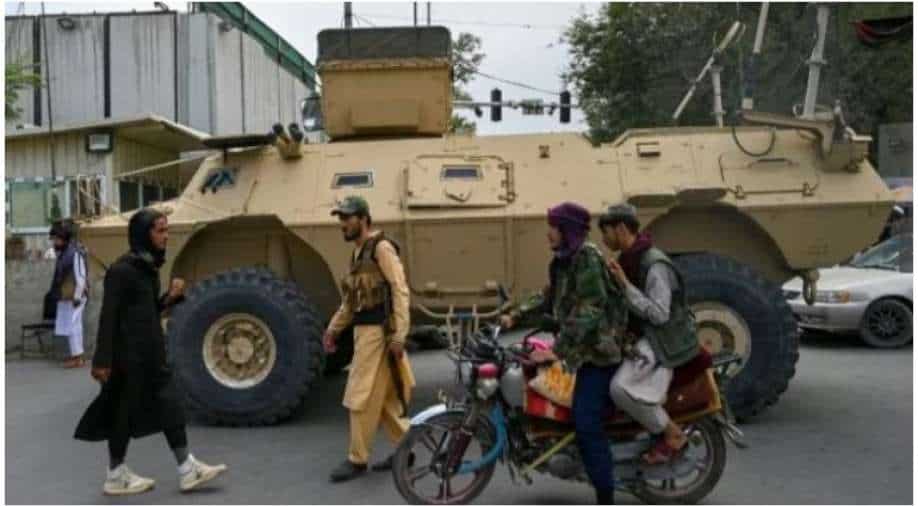 Taliban fighters with equipment left behind by US and Afghan soldiers Photograph:( AFP )

The videos are doing round on social media. This is adding to the PR disaster for America

USA spent trillions of dollars in Afghanistan, its soldiers spent countless hours in training what was Afghan National Army. But the situation unravelled in surprisingly short time and Taliban came back to power. Now, to add to the embarrassment, videos of Taliban fighters wearing US uniforms and driving Humvees left behind by the US soldiers and retreating Afghan armymen are putting the US in a tight spot.

Taliban has seized huge amounts of weaponry, equipment and ammunition from Afghan armed forces. All of this had been supplied by the USA in last two decades.

More than 100 Humvees captured in Mazar sharif.Dostum and its troops were fleeing to #Tajikistan but couldn't get the permission,later #Taliban ask them if they could surrendered instead being killed.pic.twitter.com/1LDHdig5iT

The videos are doing rounds on social media. Taliban fighters can be seen carrying M4 an M18 assault rifles and M24 sniper weapons, driving around in the iconic US Humvees and, in one video, apparently wearing US-style special forces tactical uniforms.

Taliban fighters ride on top of a U.S.-made Humvee previously used by Afghan security services in the streets of #Kabul (📸 via @ShehabAgency) pic.twitter.com/IkBMhdDXUs

The images are underpinning a political attack on President Joe Biden for alleged mishandling of the US withdrawal from the country after 20 years of war.

Afghan forces conceded Kabul last weekend without a fight. This happened despite two decades of training and tens of billions of dollars from the US. Most of the equipment has been seized from Afghan soldiers

"We don't have a complete picture, obviously, of where every article of defense materials has gone. But certainly, a fair amount of it has fallen into the hands of the Taliban," said White House National Security Advisor Jake Sullivan on Tuesday.

"Obviously, we don't have a sense that they are going to readily hand it over to us," he said.
Republicans seized on the admission to pounce on Biden.

"Thanks to Biden's botched withdrawal, the Taliban is better equipped today than they ever have been," said Republican national chair Ronna McDaniel.

Taliban enjoying the $400,000 Humvee we left them pic.twitter.com/OjjjEbbd4Q

According to official figures, the US military supplied the Afghan army with more than 7,000 machine guns, 4,700 Humvees and 20,000 grenades in recent years.

The Afghans have also received artillery and reconnaissance drones from Washington, as well as more than 200 aircraft, both fixed-wing and helicopters.

Pentagon spokesman John Kirby said Wednesday that the department is looking at the issue.

"We obviously don't want to see our equipment in the hands of those who would act against our interests, or the interests of the Afghan people," Kirby told reporters.

"There are numerous policy choices that can be made, up to and including destruction," he said, without giving specifics.

(Disclaimer: WION cannot independently verify the authenticity of these visuals)