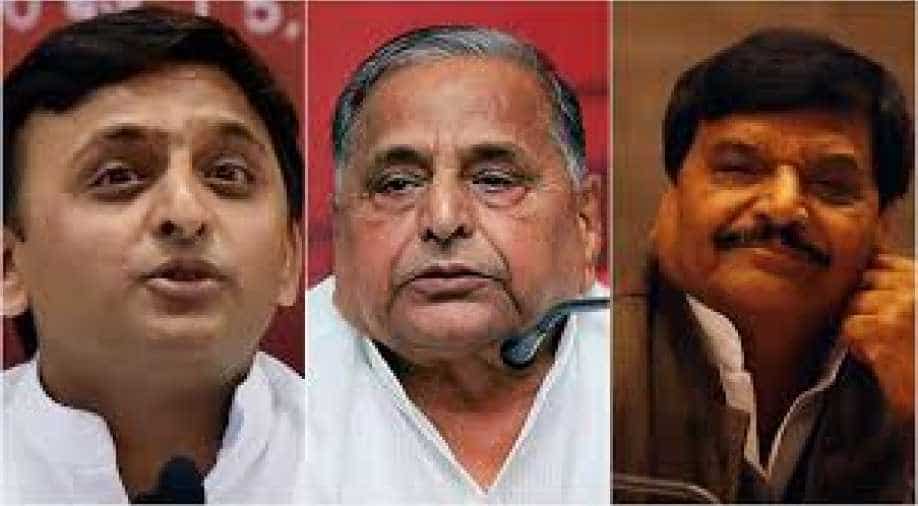 The Samajwadi Party which is the ruling party of India's most populous state, Uttar Pradesh, is headed for a split following months-long bickering by the first family of the political outfit.

Shivpal Yadav, brother of Samajwadi Party satrap Mulayam Singh Yadav, has announced he will float a new party on March 11, the day the results of the Uttar Pradesh elections are announced.

In a show of defiance, Shivpal said he would also campaign for those who were denied the chance of contesting the state election by Uttar Pradesh chief minister Akhilesh Yadav, who is his nephew and the leader of the Samajwadi Party.

Shivpal also tut-tutted Akhilesh's decision to forge a pre-election alliance with the Congress, a decision that was condemned by Mulayam as well.

"Netaji (as Mulayam is fondly called) and I have been attacked repeatedly. Many people have said they are what they are because of Netaji and those same people are today insulting him," Indian news agencies quoted Shivpal as saying.

Moments before, Shivpal filed his nomination papers to contest the elections in Uttar Pradesh. However, he will fight the elections as a Samajwadi Party candidate.

Days after the Akhilesh Yadav emerged as the party's CM face in Uttar Pradesh, Shivpal today said he will be forming his own party post the assembly elections. Here's more to this story. (WION)

The state will go to polls on February 11 and will carry on till March 8 on seven different days. The election results will be announced on March 11.

The Samajwadi Party, or the SP, has been inflicted with regular bouts of feuds as son Akhilesh and his father Mulayam have not seen eye-to-eye on a number of issues.

Joining hands with the Congress ahead of the elections is one bone of contention. While Akhilesh was in favour of tying up with the Congress, his father was dead against it. Even after the alliance was announced, Mulayam, like his brother Shivpal, had vowed to not campaign for the Congress.

Currently, the SP has been split into two factions: one supporting Uttar Pradesh chief minister Akhilesh Yadav and the other backing Mulayam and Shivpal Yadav.

The discord in the party was sown last September and despite a slew of temporary patch-ups, the Yadav family has failed to reconcile with each other.