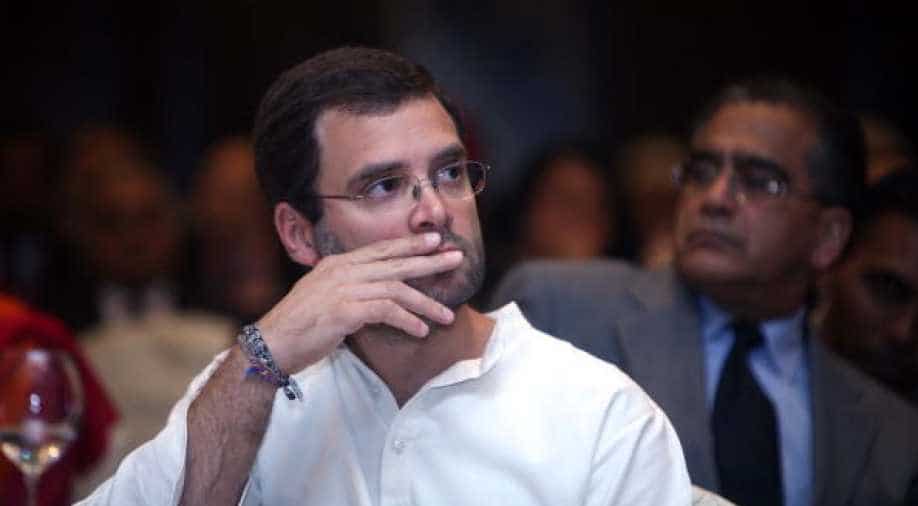 It's back to the war-room for Congress vice-president Rahul Gandhi as he looks to recalibrate his strategy for the upcoming Uttar Pradesh polls. Photograph:( Getty )

The decision of Samajwadi Party to give the Congress a paltry number of seats to fight from in the upcoming Uttar Pradesh elections has threatened the possibility of a pre-poll alliance between the two parties.

The Samajwadi Party, which is the ruling party of India's northern state of Uttar Pradesh, has given the Congress only 54 Assembly seats to contest from. SP said the Congress might get an additional "25 to 30 seats" depending on further negotiations.

WION has learnt that the ruling party has pressured Congress to accommodate all other regional parties, mainly the Rashtriya Lok Dal, within its quota of 100 seats.

Highly-placed sources in the Congress party told WION that if the party alone is not given more seats, it would go "solo" in the upcoming polls.

Congress, the oldest political party in the country, has been angered further because SP has also decided to contest seats that were won by them in the previous election in 2012.

Ajay Maken, senior spokesperson of the Congress described the decision as "unfortunate".

Such was the shock that it forced Congress vice-president Rahul Gandhi to recalibrate his strategy. Gandhi remained in close touch with his mother and Congress president Sonia Gandhi and his sister Priyanka Gandhi Vadra throughout the day to decide on future plan of action.

The next move will be key for Gandhi as there is tremendous pressure on him to contest a higher number of seats, a close aide to the vice-president said.

The feeling within the Congress is that if this alliance is accepted on current terms and conditions, it will wipe out the party's presence in the state, which is home to more than 200 million and if it were a country, it would be the biggest election this year.