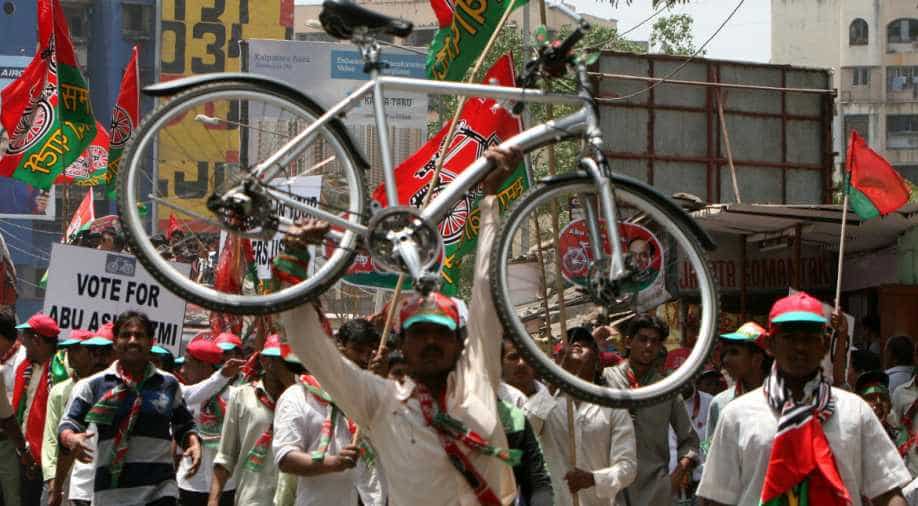 Mulayam Singh Yadav was not too keen on tying up with the Congress and RLD for the upcoming regional elections. Image source: Wikimedia Commons Photograph:( Others )

The dream to stitch a grand alliance between Congress, Rashtriya Lok Dal and Samajwadi Party turned out to be a cropper when SP chief Mulayam Singh Yadav declared 325 out of 400 seats in Uttar Pradesh.

Mulayam, better known as Netaji in the political circuit of Uttar Pradesh, categorically said SP will not enter into any alliance for the forthcoming assembly elections. The elections are expected to be held in late February or early March in 2017 along with Punjab and Goa.

Insiders say that the decision to go alone comes from Mulayum Singh Yadav. Akhilesh Yadav was in support of the grand alliance and had categorically said that if a grand alliance is put into place then it will end up winning 300 seats.

Sources say that the insistence of the Congress Party for 100 seats led to collapse of the talk which was taking place informally between the SP and Congress. Congress was also insisting for the position of deputy chief minister. Even Rahul Gandhi on Tuesday remained non-committal on the alliance with regional party without denying the question out right whether they are in talks with anyone. The Samajwadi Party is expected to release 78 seats sometime next week.

The list also indicates that both Mulayum and Shivpal Yadav are on the same page and have only accommodated people close to them. The party denied tickets to sitting ministers considered close to the chief minister Akhilesh Yadav. It includes Arvind Singh Gop from Barabanki, Pawan Pandey from Ayodhya and Kamal Akhtar from Western Uttar Pradesh. When asked as to where Akhilesh will contest the elections, Mulayam said,” He can contest elections from anywhere he wants.”

The list includes names which are controversial and team Akhilesh wanted them out of the power structure because of their antecedents. It includes dreaded don Atiq Ahmad from Kanpur Cant and Sibagtullah Ansari from Mohamdabad. Sibagtullah is elder brother of Muqthar Ansari again a noted don from the eastern Uttar Pradesh.