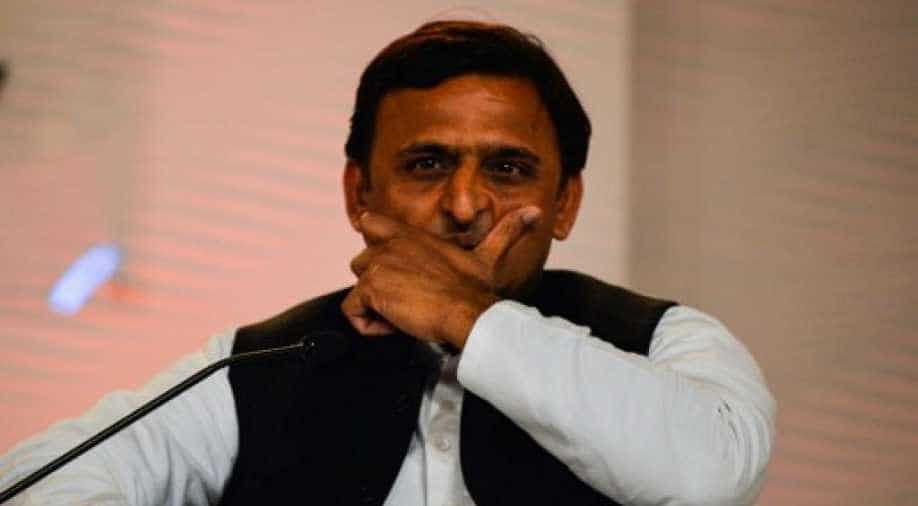 Talks collapsed after Akhilesh Yadav's Samajwadi Party was adamant in not giving the RLD 30 seats to fight from. Photograph:( AFP )

The ruling party of India's largest and most populous state Uttar Pradesh, has ruled out an alliance with a regional party, as the state gears up for elections next month.

Samajwadi Party Thursday ruled out forging an alliance with Rashtriya Lok Dal or RLD, though their talks with the Congress has entered the home stretch.

“We will forge an alliance only with the Congress. We will not ally with the RLD. No talks are going on with them. We will contest from over 300 seats (out of 403) and the Congress will be there for the rest of them,” The Indian Express quoted Kironmoy Nanda, the vice president of the ruling Samajwadi Party (SP), as saying.

Earlier, rumours were abuzz that SP would stitch a 'grand alliance' with the Congress and the RLD to take on the challenge provided by the Bharatiya Janata Party and the Bahujan Samaj Party, a blueprint the so-called secular parties followed successfully in the state of Bihar in 2015. That time, six parties converged under the Janata Parivar umbrella to take on the Bharatiya Janata Party, a right-wing political group that had swept to power in India a year before that.

However, the Bihar formula will not be replicated in Uttar Pradesh as was previously believed after Thursday's announcement.

But SP has been keen on tying up with the Congress for the upcoming elections. Nanda, the party's national vice president, said they are looking to contest 300 of the 403 election seats and the remaining would be handed to the Congress, but added the final tally would be announced by Akhilesh Yadav, the chief minister of the state and leader of SP.

RLD said they fell out with the SP after they failed to reach a consensus on the seat-sharing aspect because the party wanted to fight for 30 seats. "We wanted the seats of our choice but there was no agreement on it,” RLD spokesman Anil Dubey later said.

The fallout might hurt the Samajwadi Party as the RLD enjoys considerable support in the western parts of the state, particularly among the Jat community.

Uttar Pradesh elections will be held from February 11 to March 8 in seven phases.