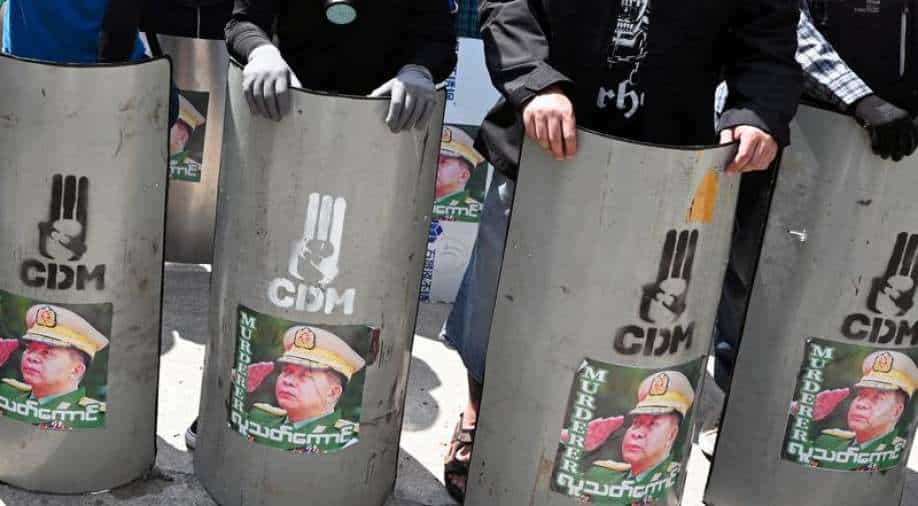 The United Kingdom and the United States on Thursday sanctioned Myanmar Economic Holdings Ltd (MEHL), a military-owned conglomerate as a measure to target the junta that ousted the civilian government.

"Today's sanctions target the military's financial interests to help drain the sources of finance for their campaigns of repression against civilians," British Foreign Secretary Dominic Raab in a statement said.

Britain alleged that MEHL was sanctioned as it backed Myanmar's military in its efforts "on ethnic cleansing against the Rohingya in 2017".

Shortly After the announcement by the UK, the US said it was sanctioning MEHL and also the Myanmar Economic Corporation Limited (MEC).

Myanmar's military "controls significant segments of the country's economy through these holding firms," a statement from the US treasury department said.

The organisations are dominant in many sectors of Myanmar's economy, including natural resources, consumer goods, trading, and alcohol.

"These sanctions specifically target the economic resources of Burma's military regime, which is responsible for the overthrow of Burma's democratically elected government and the ongoing repression of the Burmese people," the US said.

Washington also said that the sanctions were not "directed" towards Myanmar people.

The latest measures follow sanctions by the EU and the US on Myanmar individuals and groups on Monday who were responsible to overthrow the nation's democratically elected government.