US: Rally outside Pakistan embassy against Islamabad sponsored terrorism 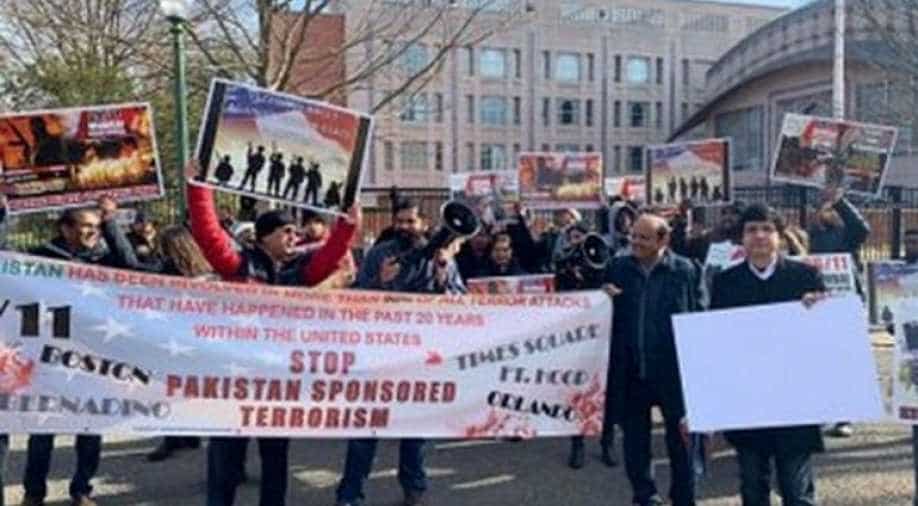 Pakistan has been repeatedly asked by International community to take action against state-sponsored terrorism. Photograph:( ANI )

A rally was organised outside the Pakistan embassy in Washington on Sunday to protest against Islamabad sponsored terrorism.

Two congressional candidates from Virginia and American veterans who fought and worked in Afghanistan were among those who participated in the rally 'Veterans Rally against terror state Pakistan'.

Demonstrators held placards and chanted slogans against Pakistan for sponsoring terrorism. A few protesters were seen holding a banner that read, 'Pakistan has been involved in more than 90 per cent of all terror attack that has happened in the past 20 years within the United States'.

Pakistan has been repeatedly asked by the international community to take action against state-sponsored terrorism.

Mumbai had come to a standstill 11 years ago on November 26 when 10 Lashkar-e-Taiba (LeT) terrorists who came to the city via sea route from Pakistan carried out a series of coordinated shooting and bombing attacks that killed 166 people and injured over 300 in India's financial capital.

India has repeatedly asked Pakistan to take action against the terrorist groups operating from its soil. However, the architects of Mumbai attack like Hafiz Saeed, Maulana Zakiur Rehman Lakhvi and Sufayan Zafar continue to receive Pakistan's military patronage.