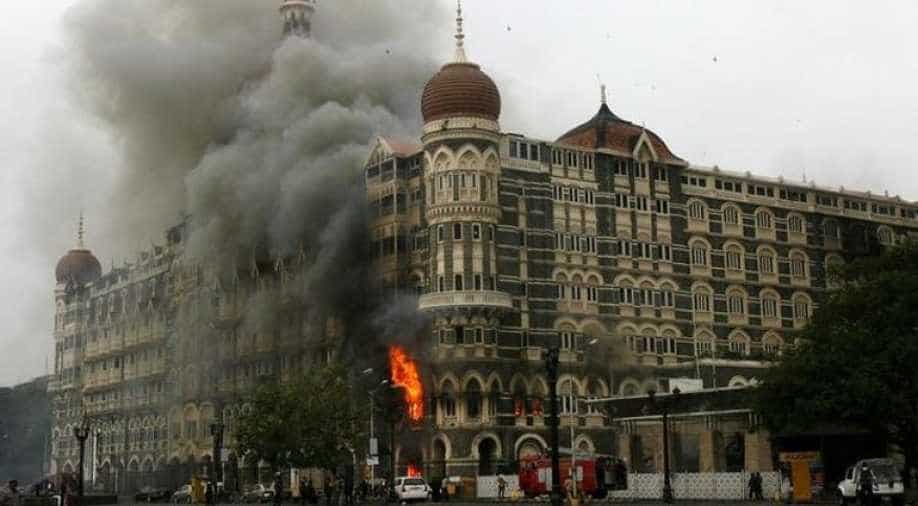 The LeT is believed to have orchestrated the 2008 assault in Mumbai that killed over 160 people. Photograph:( AFP )

One of the two senior Lashkar-e-Taiba (LeT) leaders who were designated as global terrorists by the United States on December 28 is believed to have been involved with the 26/11 Mumbai terror attacks of 2008 in which over 160 people were killed.

Mir, himself a designated global terrorist, is believed to be the main Lashkar contact for David Coleman Headley -- the Pakistani-American convicted by a US court for helping plot the Mumbai strikes. Headley is currently serving a 35-year sentence for his role in the attacks.

In fact, security agencies believe that it was on Mir's instructions that Headley changed his name from Dawood Gilani to David Headley and applied for a US passport under the new name. Once he received the passport, his new identity gave Headley a cover to enter India, scout for terror targets, and travel back to the US undetected.

Between June 2015 and June 2016, Mahmood served as the vice-chairman of Falah-i-Insaniat foundation (FIF), dubbed as a humanitarian organisation but believed to be a fundraising arm of the LeT. This foundation, too, was previously listed as a terror outfit by the US.

Since 2012, Mahmood routinely traveled overseas -- to places like Syria, Turkey, Gaza, Bangladesh and Myanmar -- and worked with international organisations on for FIF, which is belived to be a front for the LeT.

Lashkar's emir (local chief) in Lahore, Muhammad Sarwar, is the second LeT man to have been flagged by the US as a terrorist.

Sarwar has been directly involved in fundraising activities for the LeT and is believed to have used the formal financial system in Pakistan to raise and move funds on behalf of the terrorist orgainisation. In 2008, he led delegations of businessmen to solicit donations for the terror group.

Born in Sheikhupura in Pakistan, Sarwar is known to have used as many as six aliases and held a Pakistani passport from 2007 to 2012.

While naming these two men as global terrorists, acting director at the office of foreign assets control, John E Smith, said, "These two Lashkar-e-Taiba leaders are responsible for raising and moving funds to support the terrorist group’s operations."

By naming them as global terrorists, the US has ensured that all property and interests in property of Sarwar and Mahmood subject to US jurisdiction are now blocked, and US citizens are generally prohibited from engaging in transactions with them.