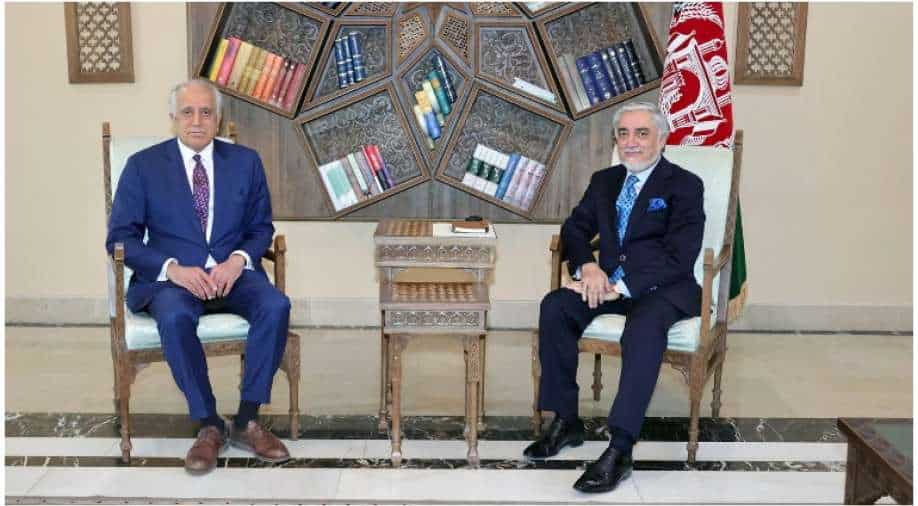 US Special Representative for Afghanistan Zalmay Khalilzad on Monday arrived in Kabul and held meeting with Abdullah Abdullah, the head of Afghanistan`s High Council for National Reconciliation. Both leaders discussed Afghan peace process.

"As always pleased to meet HE Zalmay Khalilzad and his accompanying delegation. We discussed the peace process, talks in Doha, the US current review and the steps forward. We reiterated our call for an immediate end to violence and the acceleration of the peace talks," Abdullah tweeted

As always pleased to meet HE Zalmay Khalilzad @US4AfghanPeace & his accompanying delegation. We discussed the peace process, talks in Doha, the US current review & the steps forward. We reiterated our call for an immediate end to violence & the acceleration of the peace talks. pic.twitter.com/DC4SK0c3p9

"Special Representative for Afghanistan Reconciliation Ambassador Zalmay Khalilzad and his team will travel to Kabul, Doha and additional regional capitals," the US State Department had said in a statement on Sunday.

"He (Khalilzad) will resume discussions on the way ahead with the Islamic Republic and Afghan leaders, Taliban representatives and regional countries whose interests are best served by the achievement of just and durable political settlement and permanent and comprehensive ceasefire," the release added.

This is Khalilzad's first visit to Afghanistan after Joe Biden took charge as US president.

He is also expected to visit Islamabad and New Delhi as indicated in the release.The resumption of dialogue with the Taliban under Joe Biden`s administration clearly shows that the US is continuing its Afghan policy on the lines undertaken by former president Donald Trump.

India, which has completed huge developmental and infrastructure projects in Afghanistan, will be watching the US move closely.

According to informed sources, Pakistan is fully backing the Taliban and wants to install them in Kabul, this can pose a major threat to India`s efforts in building democratic and development institutions in the war-torn country. India`s position is clear that any government formation in Kabul should be Afghan-led and Afghan-owned.