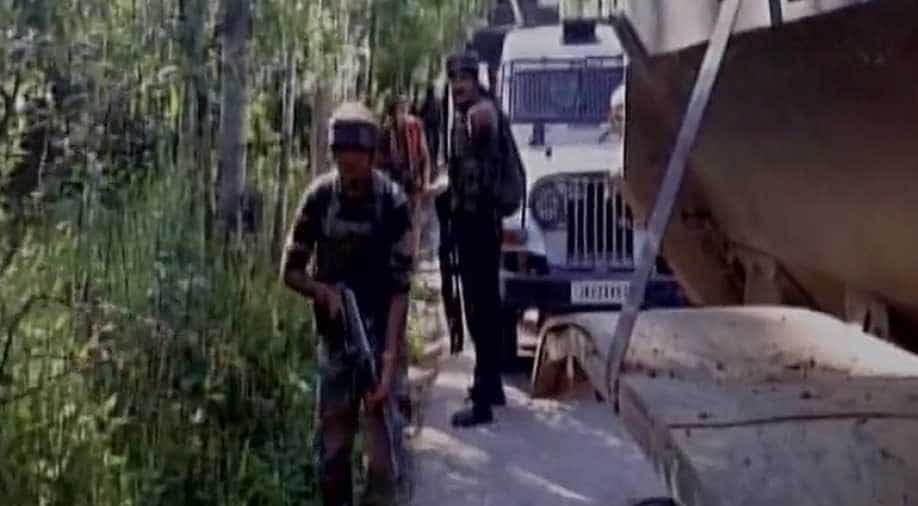 The security forces had reportedly launched a search operation in the Bahmnoo area of Pulwama after receiving information about the presence of militants. Photograph:(ANI)
Follow Us

A third militant was killed today in an encounter with security forces in Jammu and Kashmir's Pulwama district, ANI reported.

One more militant was killed this morning and the body has been recovered, a police official said.

Two militants were killed in an encounter with security forces on Monday. The search operation, that started early Monday, continues.

Security forces had reportedly launched a search operation in the Bahmnoo area of Pulwama after receiving information about the presence of militants.

Firing stopped Tuesday morning, ANI reported, adding that one AK-47 and one INSAS rifle has been recovered.

One of the militants killed yesterday had been identified as Kifayat, ANI reported, another militant Jehangir Khanday was identified by DG CRPF. Both militants were believed to be associated with the Zakir Musa group, CRPF DG added.

Hundreds of villagers poured out onto the streets to try to help the trapped rebels escape, many throwing stones and shouting slogans against Indian rule.

One was injured when government forces fired into the crowd.

A police official told PTI that the militant was killed during the operation.

In a separate incident further south in Anantnag town, militants fired at a police party in the local bus stand. A police officer was critically wounded in the incident, director general of police SP Vaid said.

"We are evacuating him from the area," inspector general of police Muneer Ahmed Khan told AFP.