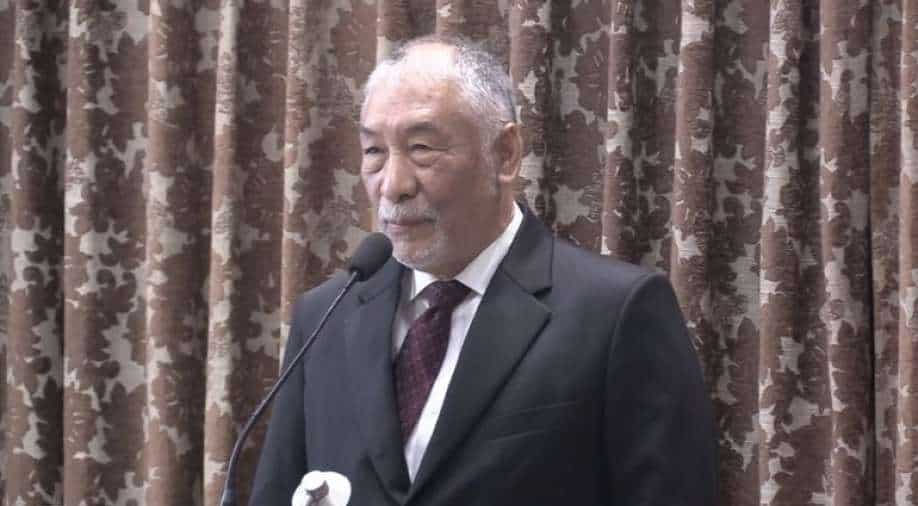 Bhutanese envoy recalls his meeting with Bangladesh's 'Father of the Nation' Photograph:( WION )

Lauding his "illustrious daughter" and present PM of Bangladesh Sheikh Hasina, the envoy said she has "fulfilled the vision of her father" and "Bangladesh has been doing very well under Sheikh Hasina"

While history always reverberates in present, the current envoy to India from Bhutan, Maj Gen Vetsop Namgyel, recalled a very interesting personal anecdote of his meeting with Bangladesh's father of the nation, Sheikh Mujibur Rahman. The meeting happened when the envoy was aide de camp during the then King of Bhutan Jigme Singye Wangchuck's Bangladesh visit in 1974.

He said, "After establishing diplomatic relations, my king, the father of the present king, was invited for a state visit in winter of 1974 and I was the aide de camp and I had the opportunity of accompanying him."

Lauding his "illustrious daughter" and present PM of Bangladesh Sheikh Hasina, the envoy said she has "fulfilled the vision of her father" and "Bangladesh has been doing very well under Sheikh Hasina".

Bangladesh, with its fast economic growth, has graduated from the least developed country (LDC) status to the developing one. The recommendation has been made by the Committee for Development Policy of the United Nations.

The envoy was speaking at the Bangladesh High commission, which had organised an event to commemorate the 7th March speech of Bangabandhu Sheikh Mujibur Rahman. The speech changed the course of history and was pivotal in galvanising the struggle against the Pakistani Army. When the speech was being delivered, envoy Namgyel was doing his military officer training at Indian Military Academy (IMA) Dehradun, and was "very aware of what was happening in Bangladesh at that time".

He said, "when freedom struggle of Bangladesh took place, we used to follow it on newspapers, radio and one thing that struck me, after the independence of Bangladesh and successful liberation war...and listen to coverage on Doordarshan when Bangabandhu landed in Palam from Pakistan to Bangladesh".

Bangladesh was the second country with which Bhutan established a diplomatic relationship after India. Bhutanese envoy said, "Bhutan and Bangladesh have very very close relations...we have very close economic and political relations".

In 2012, the third King of Bhutan Jigme Dorji Wangchuck was posthumously honoured with the “Bangladesh Liberation War Honour” by the Bangladeshi government for his support during the 1971 War of Liberation. Last year, both countries signed a Preferential trade agreement with an aim to increase economic engagement.