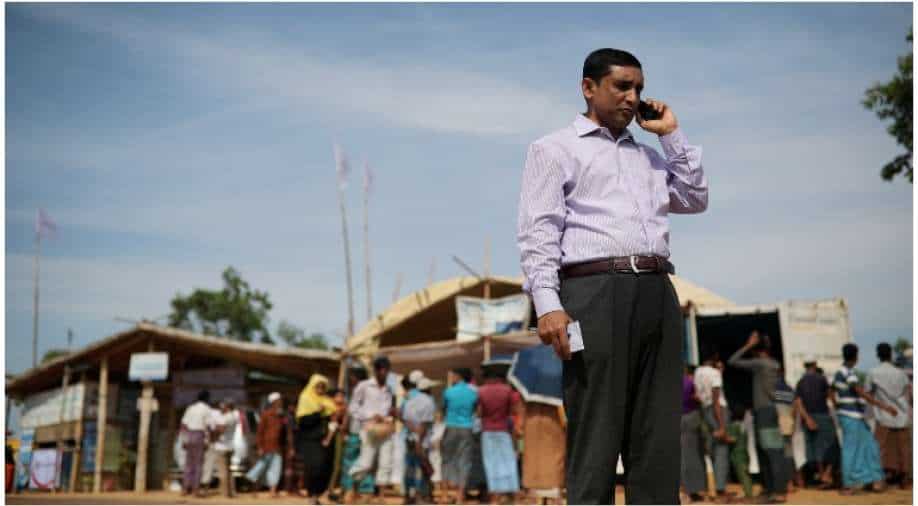 Mohib Ullah, a prominent Rohingya Muslim community leader was shot dead in Bangladesh's Cox's Bazaar. He was speaking with community leaders after Friday prayers when he was gunned down by unknown assailants.

As per police spokesman of Cox's Bazar, Mohib Ullah was talking with other refugee leaders outside his office after evening prayers when four assailants shot him dead.

"Four to five unidentified assailants shot him from close range. He was declared dead at a MSF hospital in the camp," said Rafiqul Islam, police spokesperson.

He said police and the Armed Police Battalion, which is tasked with ensuring security for the country's 34 Rohingya camps, have stepped up security, deploying hundreds more armed officers.

No arrest has been made as yet.

"We are conducting raids in the area," he said, adding Ullah had not alerted police of any threats from any group.

Ullah was outside ARPSH office at Kutupalong, the world's largest refugee settlement when he was killed.

"He was in a pool of blood. He was brought dead to the nearby MSF hospital," Nowkhim said from a hideout, adding that many Rohingya leaders have gone into hiding after Ullah's killing.

No one has claimed responsibility, but a Rohingya leader told AFP that Ullah was killed by the extremist group Arakan Rohingya Salvation Army, which was behind several attacks on Myanmar security posts in recent years
"It is a work of ARSA," he said.