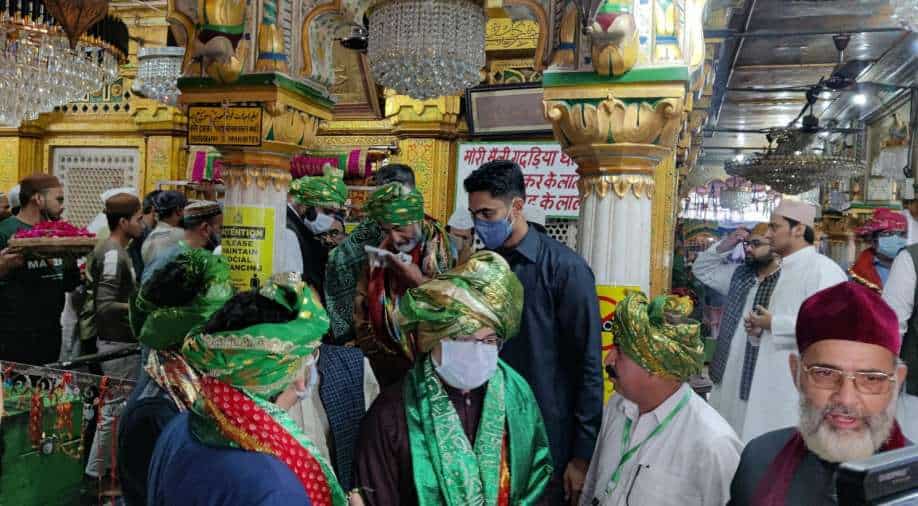 Pakistan's acting high commissioner to India Aftab Hasan Khan visited the Nizamuddin Dargah in Delhi along with pilgrims from his country. He said people from India to should go to Pakistan and people from Pakistan should come to India.

Speaking to WION, the top Pakistani diplomat in India said, "its a good omen that people are interacting and more people should visit. People from India to should go to Pakistan and people from Pakistan should come to India. We are following a very liberal visa regime at the Pakistani high commission and issuing maximum number of visas to the Indian applicants desirous of visiting Pakistan. So hope, let's see in the future, it's a good omen for bilateral relationship."

Seen as pilgrimage diplomacy, the visit by Pakistani devotees comes even as Indian pilgrims are on a visit to Pakistan. Around 1,500 Indians are visiting Pakistan on November 17-26 via the Attari-Wagah border, coinciding with Gurupurab, the birth anniversary of first Sikh Guru Guru Nanak.

The movement globally and between India and Pakistan has been suspended amid the Covid pandemic. As the crisis abates, India is opening up. Earlier this month, New Delhi announced the process of giving tourist visas.

Pakistani pilgrims who were present at the Dargah appreciated Indian government for facilitating the process of the visit.

One pilgrim told WION, "We got lot of love and respect here. We are happy to be here. We want increased engagement".

Another pilgrim from Gujranwala said, "happy to be here at the Dargah".

One pilgrim from Lahore said, "we thank India govt for giving permission to be here, so that we can offer dua here."