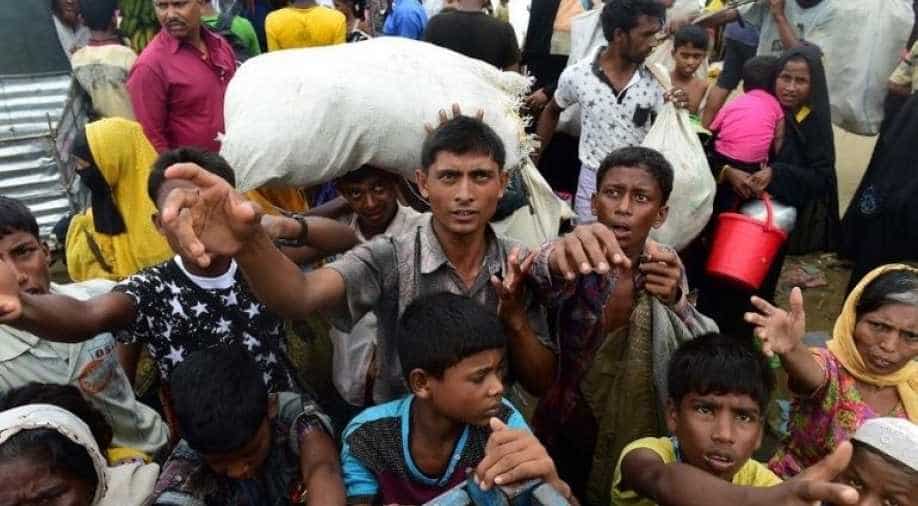 Yet, Bangladesh continues to shelter the Rohingyas, despite inadequate international support and its domestic challenges.

August 25, 2017 - the date Myanmar's army unleashed a wave of violence on Rohingya refugees in Rakhine state, forcing nearly a million people to flee and seek shelter in neighbouring Bangladesh.

In pics: Rohingya exodus and their horror trail since August, 2017

Those forced to become refugees overnight do realise that despite the daily hardships they remain safe on Bangladeshi soil.

The country now hosts over 90 per cent of refugees registered in the Asia-Pacific region, ensuring their protection and offering life-saving support.

It is no easy task for a country with one of the highest population densities in the world and an economy which for the first time crossed the $2000 per capita income mark only this year.

Yet, Bangladesh continues to shelter the Rohingyas, despite inadequate international support and its domestic challenges.

The pictures of Malaysian officials refusing to take in Rohingya refugees being stranded for days at sea earlier this year makes Bangladesh's mammoth humanitarian effort even more commendable.

Not just Malaysia, most of the members of the  OIC, the umbrella of all the Islamic nations in the world has done little more than lip service for the Rohingyas.

The OIC backed its member Gambia in filing a case against Myanmar at the ICJ, however, even its rich and powerful members like Turkey, Saudi Arabia, UAE have offered little in terms of assistance to those refugees who are in need shelter, food, healthcare aid opportunities to rebuild their lives.

Numbers tell the story of Bangladesh's incredible effort in tackling one of the worst humanitarian crises in decades.

Over One million Rohingya in Bangladesh live in five camps that cover an area equivalent to one-third of Manhattan. About half of the refugees are children, and there are more women in the camps than men.

460,000 Rohingya refugee children are living in Cox’s Bazar district and studies indicate that nearly half of these children are unable to get inadequate nutrition.

Despite these challenges, Bangladesh has not given up on the Rohingya refugees. In January, Bangladesh allowed Rohingya children to formally study up to the age of 14 following the Myanmar curriculum. Those older than 14 will get skills training.

Bangladesh has even decided to restore mobile networks and internet services in Rohingya refugee camps to ensure better services amid the coronavirus pandemic.

Bangladesh has spent millions of dollars to provide better living conditions to Rohingya refugees to decongest the overcrowded camps at Cox Bazar. It has made over 100,000 dwellings in Bashan Char islands off the coast of Bangladesh

The houses have been built four feet above the ground, to protect the refugees from high tidal waves.

Environmentalists have raised their concerns over the ecology of the region but given the conditions of camps in Cox Bazar Bangladesh's move is not without sound logic.

Bangladesh continues to do its bit, but clearly, the international community needs to do more, nations and world bodies need to create sustained conditions and pressure for Myanmar to repatriate Rohingyas back to Rakhine state, a move even India endorses, Bangladesh needs help as it continues to help the helpless.