The war over Hilsa: Bangladesh and India enter a claim game over GI status of common products 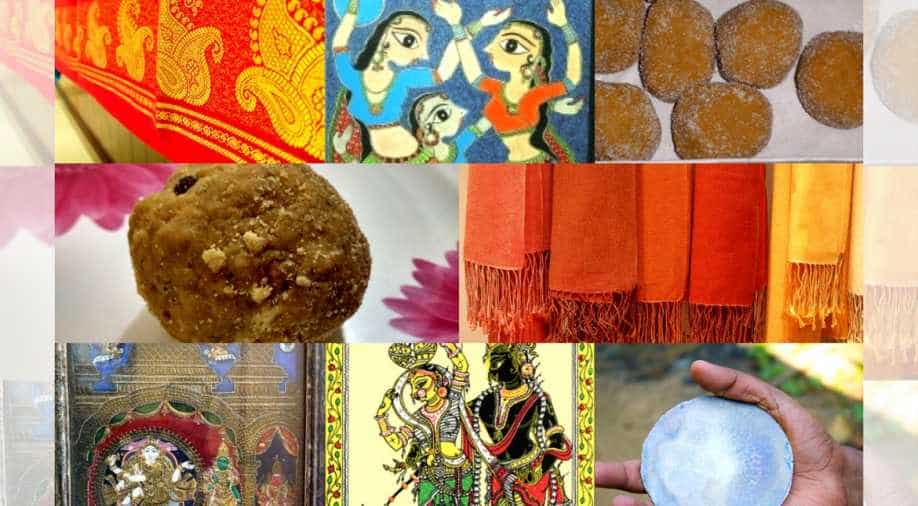 Preserving the originality of unique geographic products by getting GI status which clear naming, marking and copyright is important. Photograph:( Others )

Geographical Indication (GI) generally means a mark on a product to denote that it is of a specific geographic origin and possess qualities attached to that origin. There is a bit of a history to the creation of GI signs on such products which go back more than hundred years, especially in Europe and the United States. The primary purposes of GI registration are two folds. One is to preserve the originality of unique geographic products of agricultural, handicraft, traditional nature from the producer's point of view. And the other is to protect consumers from being deceived by copied or similar other products.

GI products can also be from a specific place of a country rather than the entire country.

But, the concept is not as simple as it appears. For example, in Europe, such naming or marking is related to the specific place where the product has traditionally been produced. In the U.S., on the contrary, it is more of a copyright issue of the name or sign. If one firm registers a geographic name, no other firm of the same place can use the same name and even the first registering firm can produce the product in their expanded factories at places outside the original place of origin. GI products can also be from a specific place of a country rather than the entire country.

The World Trade Organization (WTO) in the mid-1990s initiated an Agreement on Trade-Related Aspects of Intellectual Property Rights (TRIPS) to which there is more than 150 country signatory already.

There were several international agreements which, by and large, addressed the issue of GI. The World Trade Organization (WTO) in the mid-1990s initiated an Agreement on Trade-Related Aspects of Intellectual Property Rights (TRIPS) to which there is more than 150 country signatory already. Three of its clauses deals with GI issues and WTO encouraged the government to allow or push GI products to be registered and their name and reputation protected. Now, the practice stands as such that - where there is a case for a GI product, respective department/ministry of the government forward the case with deliberate logics and proof to a central product registration body of the country and that body, if convinced, in turn make an international announcement through forums like International Journal of Patent etc. If no objection is received within certain months from any national or international entity than the national GI registration body announces the awarding of GI to that product.

Recently, the ministry of small and cottage industry and ministry of fisheries and livestock of Bangladesh have registered Zamdani Saree and Hilsha fish as Bangladesh’s GI product. Hilsha or Ilish is one of the favorite ethnic food of Bangladeshi people. It has traditionally been fished in the estuary and immediately upstream of the estuary of Padma-Bramhaputra in southern and central Bangladesh. About 70 per cent of Hilsha caught globally comes from Bangladesh, about 10 per cent from Myanmar, 15 per cent from various states of India and rest in the Gulf region.

The case seems a solid one for Bangladeshi Jamdani too, another GI product of Bangladesh. Traditionally originating from central Bangladesh, Jamdani is made of famous Dhakai Moslin fabric.

India quietly registered Nakshi Katha a type of embroidered quilt which is very much a Bangladeshi thing primarily and, perhaps, Indian secondarily.

However, this whole GI issue isn’t entirely beyond controversy. India quietly registered Nakshi Katha, a type of embroidered quilt, which is very much a Bangladeshi thing primarily and, perhaps, Indian secondarily. Also, agricultural products like Fazli and Himshagor( Khirshapat) Mango are the product of Murshidabad (India), Malda (India) and greater Rajshahi (Bangladesh). These places, in spite of being in two separate neighbouring countries, are part of the same ecological continuity. But India has already registered these as GI. India also tried to register Jamdani as its GI but it resulted in objection from Bangladesh, including a street protest by the weavers. Hilsha and Jamdani are two Bangladeshi products registered to under GI against India’s close to three hundred.

It’s not clear though whether there is any significant economic benefit of GI registration of products. Different producers can "copy" or "copy, modify and produce" the same or similar products and give it a different name. And if the quality of the product, even with a different name is good, then the buyers might be tempted to buy it eventually. However, there still seems to be some relevance of GI registration. Countries and concerned parties should make their cases openly and honestly with good neighbourhood spirit. For example, Baluchari Saree, an Indian GI product is a type of saree which is also produced in Bangladesh. Bangladesh, however, didn’t attempt to snatch the GI right from West Bengal (India), nor it protested. Bangladesh is rather a late entrant in this claim game.

GI of a unique geographical product belonging to a historical place or region which has fallen into two or more post colonial countries should collectively belong to all these countries or constituent sub regions.

Certain unclear aspects of GI warrants provide further clarification through concerned international forums and organisations. GI of a unique geographical product belonging to a historical place or region which has fallen into two or more post colonial countries should collectively belong to all these countries or constituent sub regions.

GI is an interesting and, perhaps, rightful concept of a product with unique geographical origins. In this age of branding, the GI issue is likely to receive an enhanced importance in the days and years to come. It will be even better if agreements are expanded to include all probable scenarios and help to avoid trade and copy right faceoff among neighbours.