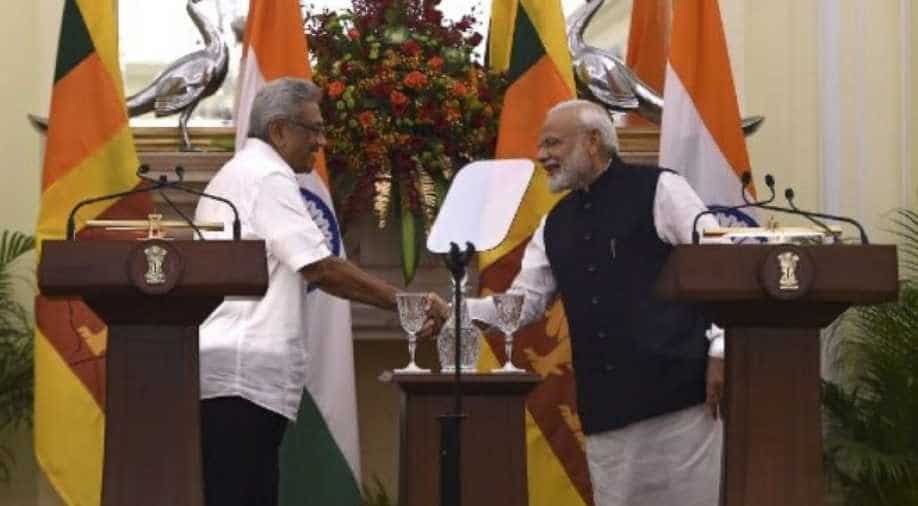 The 13th Amendment is a result of the Indo-Lanka Accord of July 1987, which was signed by then-Indian Prime Minister Rajiv Gandhi and Lanka President J.R. Jayawardene in an attempt to end Sri Lanka's ethnic conflict, which had escalated into a full-fledged civil war, between the armed forces and the Liberation Tigers of Tamil Eelam, which led the struggle for Tamil self-determination and sought a separate state.

On Tuesday, a team of MPs led by R. Sampanthan, a senior Tamil politician and leader of the Tamil National Alliance (TNA), met with the Indian High Commissioner in Colombo and handed over the letter.

The seven-page letter highlights the numerous unfulfilled pledges made by the Colombo government to implement the 13th Amendment and go beyond it to secure substantial power devolution.

The letter, which was signed by TNA constituent party leaders Mavai Senathiraja (ITAK), Dharmalingam Sithadthan (PLOTE), and Selvam Adaikalanathan (TELO), as well as former Northern Province Chief Minister CV Wigneswaran and former MP Suresh Premachandran (EPRLF), traces past attempts to bring about a constitutional settlement, beginning with the Indo-Lanka Accord of 1987.

It also cites the Indian political leadership's interventions at various moments, such as Prime Minister Modi's 2015 address to the Sri Lankan Parliament, in which he expressed his staunch confidence in "cooperative federalism."

The 13th Amendment was the result of the Indo-Lanka Accord of 1987, inked by the then Sri Lankan President JR Jayawardena and Indian Prime Minister Rajiv Gandhi.

It calls for the Tamil community in Sri Lanka to be given more influence.

Through the full implementation of the 13th Amendment, the early convening of Provincial Council elections, and reconciliation, India has repeatedly reaffirmed its commitment to preserve the rights of Sri Lanka's minority Tamil community.

Hardliners in the ruling Sri Lanka People's Party's Sinhala majority have advocated for the island's Provincial Council system to be abolished completely.

Prime Minister Modi has been urged to "ensure Tamil speaking people live with dignity, self-respect, peace and security in the areas of their natural habitation, exercising the right to self-determination within the framework of a united undivided country".

"The government of India has actively engaged in this pursuit for the past 40 years, and we are grateful for the firm commitment expressed by India to find a just and lasting solution,", the letter adds.

The move assumes considerable significance as it comes barely a week after New Delhi announced a USD 900 million loan to Colombo to build up its depleted foreign reserves and for food imports amid a shortage of almost all essential commodities in Sri Lanka.