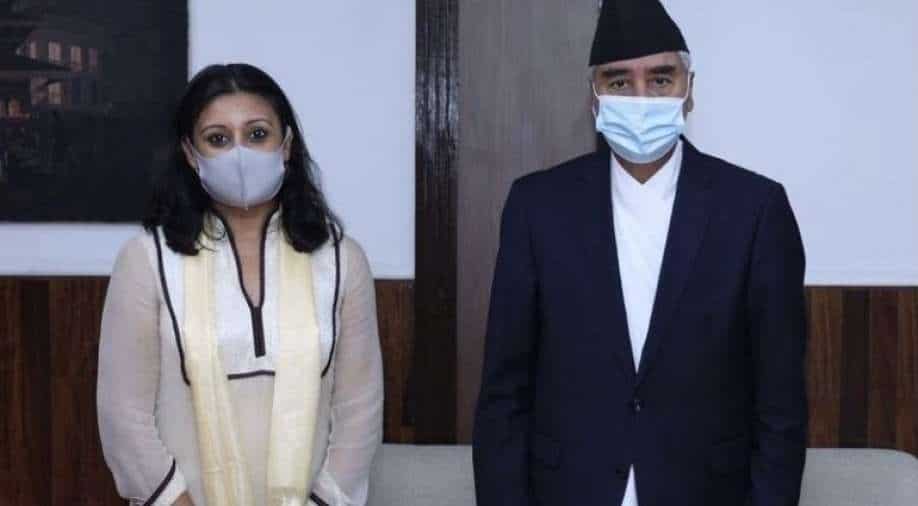 In a statement released by the Finance Ministry, authorities said a delegation led by Sumar met Prime Minister Deuba and discussions were held on assistance from the MCC to assist the country in its economic development

In a statement released by the Finance Ministry, authorities said a delegation led by Sumar met Prime Minister Deuba and discussions were held on assistance from the MCC to assist the country in its economic development.

"On the occasion, Prime Minister Sher Bahadur Deuba said that he continues to hold discussions at the political level between the Government of Nepal and the Millennium Challenge Corporation to move ahead with the 2017 Compact," read the statement.

There has been a lot of hue and cry by certain Nepali political leaders regarding some provisions of the MCC, following which a letter was sent to the US seeking clarification.

After meeting the Prime Minister, Sumar said, "the compact would be approved by parliament soon".

She expressed confidence that Compact will make a significant contribution to Nepal's economic development.

"What an exciting first day in Nepal, hearing from and speaking with Nepalis. Open, honest and transparent dialog is the key to our partnership, and the public release of MCC’s response to the Government of Nepal is part of these efforts," Sumar had earlier said in a tweet.

Prime Minister Deuba continues to stand firm on getting the MCC passed through the Parliament, but his coalition partners including the Maoist Centre are yet to take a clear stand.

Ahead of the arrival of the US delegation in Nepal on September 9, MCC sent a 13-page clarification letter to Nepal government addressing concerns raised regarding MCC.

Responding to the most asked question on the relation of MCC and military alliance, Sumar said "the US law that governs MCC prohibits MCC from using funding for any military purpose; the compact is explicit about this legal prohibition. Therefore, there is no connection between the MCC Nepal Compact and any military alliance or defense strategy."

Nepal also addressed the need to clarify that if accepting MCC will impact the agreement that Nepal has reached with China's BRI, to which the MCC said, "MCC does not affect or limit Nepal’s sovereign right to sign assistance or investment agreements with any other countries."

On her last day of the visit, Sumar is scheduled to hold a press meet in Kathmandu.