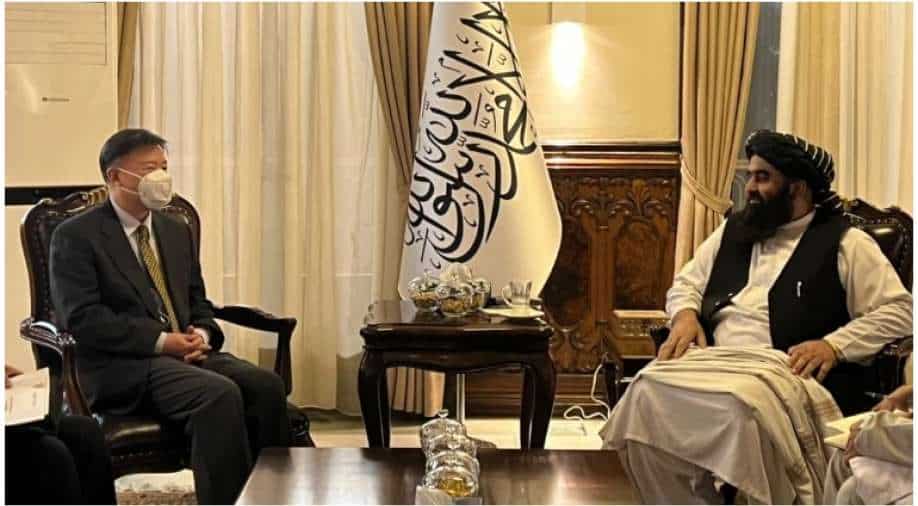 So far the Taliban regime hasn't been recognised by any country including the group's closest supporter like Pakistan.

Taliban has written to Afghan missions globally asking them to regularly give inputs and details even as the group tries to takeover the remnants of the previous Afghan government.

The group hasn't got much of a response from Afghan missions globally who continue to provide basic services including consular access. The Afghan missions have been working in coordination and consultation with each other since the fall of Afghanistan to the Taliban in August.

An understanding has been achieved that unless the people of Afghanistan give recognition to the Taliban, not much of response can be expected from them to the group's demand. It includes the continuation of Afghanistan's tricolour flag instead of the Taliban flag.

So far the Taliban regime hasn't been recognised by any country including the group's closest supporter like Pakistan. The international community has urged the formation of an inclusive government involving women and significant representation of minorities like Tajiks, Uzbeks and Hazaras.

In fact, the United Nations credentials committee has not accepted Taliban's nominee Suhail Shaheen as the Taliban government's envoy to the UN. It means the Afghan envoy Ghulam M. Isaczai, who was appointed by former President Ashraf Ghani continues to represent his country.

What the Taliban has sought is more time for governance and has asked the United States for a period till March to conclude consultations on the further announcement on inclusive government, however, given the Taliban's pre-August actions it might be seen as a delaying tactic.

The pre-August period had witnessed talks in Doha between Taliban and the Afghan representatives even as on the ground the group still on the United Nations sanctions list continued to mount an offensive. There are increasing worries over Afghan missions globally running out of cash. It means cost-cutting has been underway in many missions.

Meanwhile, resistance is also taking shape and the plans of the Afghan government-in-exile is still under process. Leaders like Salahuddin Rabbani, Abdul Rashid Dostum, Sayaf, Muhammad Mohaqiq, Ustad Khalil, Masoom Stanekzai, Karim Khalili, Hanif Atmar, Rahmatullah Nabil are in talks in Turkey even as many of the countries like Turkmenistan, Uzbekistan, Tajikistan have debarred political activities but resistance continues to exist in some form.

UAE has barred any political activity by former President Ghani and the group that came with him. The chairman of the High Council for National Reconciliation Dr. Abdullah Abdullah planned to visit Doha on August 15, the day Kabul fell to the Taliban to meet with representatives for a power-sharing pact, however, it's learnt that Islamabad got a whiff and things could not fructify. The visit was supposed to happen a few days after President Ghani and Secretary of State Antony J. Blinken and Secretary of Defense Lloyd J. Austin III spoke.