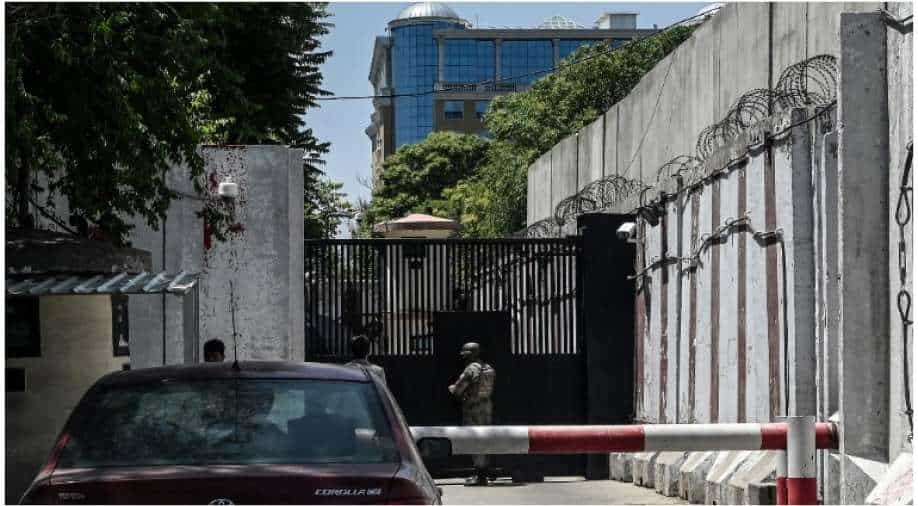 A security personnel guards an entrance near the Australian embassy at the Green Zone in Kabul on May 25, 2021 Photograph:( AFP )

With President Joe Biden's September 11 deadline looming, nations are weighing how they might operate without the security blanket provided by US and NATO forces, while scrambling to decide what to do with thousands of Afghan staff.

Taliban have openly said that anyone working alongside foreign governments will be treated as collaborators and will be targetted.

"Western countries are not fully sure about the continuation and survival of the incumbent government," he said.

The Afghan government insists it can keep the Taliban at bay, but the insurgents have made huge gains in the countryside in recent months and engage daily with local security forces.

The Taliban are now present in almost every Afghan province, have full or partial control of thousands of districts, and have effectively encircled several cities -- a similar situation to 1996, when they took over most of the country.