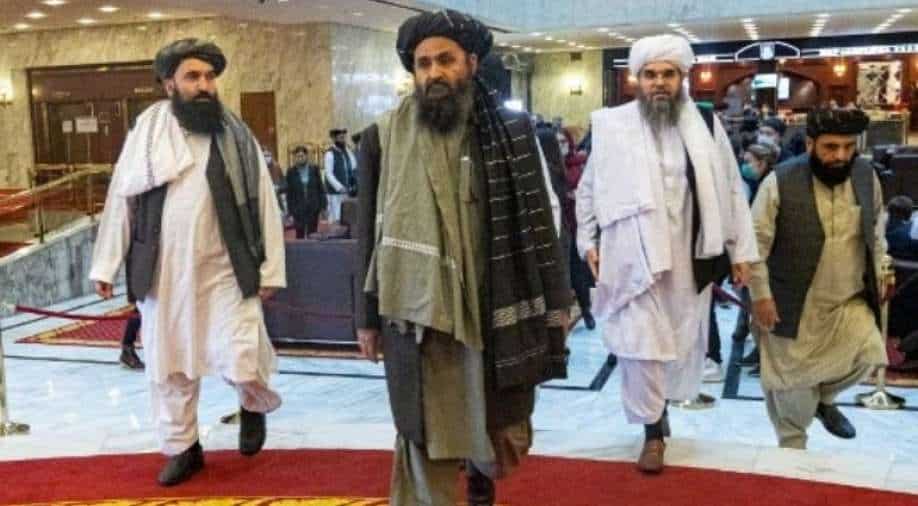 Taliban is demanding release of 7000 prisoners. It was not immediately clear how the government would react to the ceasefire offer

As the Taliban continues its offensive against Afghanistan government, the militant group has offered a three-month ceasefire in exchange of release of 7000 insurgent prisoners. A negotiator of Afghan governemnt said this on Thursday.

"It is a big demand," said Nader Nadery, a key member of the government team involved in peace talks with the Taliban, adding the insurgents also demanded the removal of their leaders' names from a United Nations blacklist.

It was not immediately clear how the government would react to the ceasefire offer.

The offer has come as United States increased the pace of troop withdrawal that is likely to be finished by August 31.

Nadery's revelation came as Pakistan security forces used tear gas Thursday to disperse hundreds of people who tried to force their way across the border from Chaman to Spin Boldak in Afghanistan.

The border was closed Wednesday by Pakistan officials after the Taliban seized Spin Boldak and raised insurgent flags above the town.

"An unruly mob of about 400 people tried to cross the gate forcefully. They threw stones, which forced us to use tear gas," said a security official on the Pakistan side.

He said around 1,500 people had gathered at the border Wednesday waiting to cross.

Jumadad Khan, a senior government official in Chaman, said the situation was now "under control".

An Afghan Taliban source told AFP that hundreds of people had also gathered on the Afghan side, hoping to travel in the other direction.