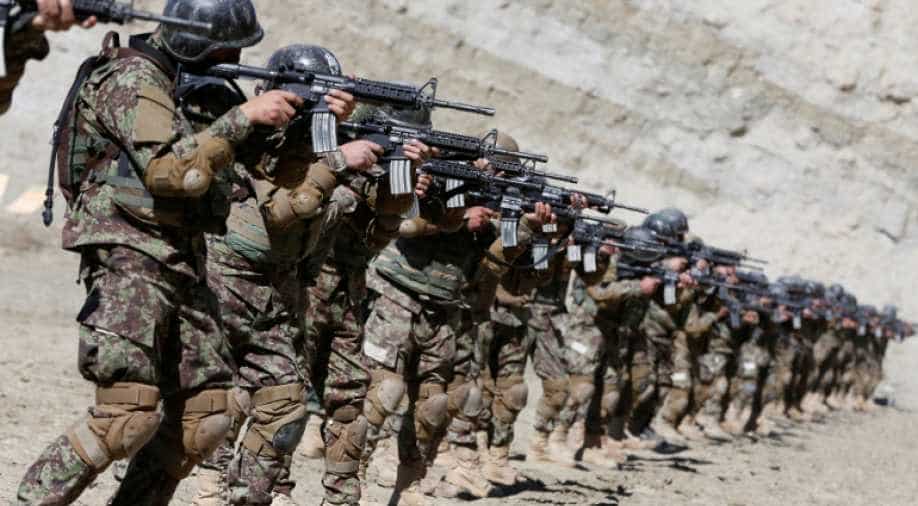 Afghanistan has seen increase in violence unprecedented in recent times. This has come just as the US is pulling all its forces from the war-torn nation

Afghan forces on Friday retook control of six districts from the Taliban, reported Tolo News. As per the report, the districts include Andkhoi and Khan Chahar Bagh in Faryab, Khinjan and Doshi in Baghlan, and Ahmad Aba and Sayed Karam in Paktia.

The news report quoted sources to say that three districts fell to Taliban. These are Khost Firing and Guzargah-e-Noor in Baghlan and Dolina in Ghor

Afghanistan has seen increase in violence unprecedented in recent times. This has come just as the US is pulling all its forces from the war-torn nation.

"The enemy has no longer a line. They suffered massive casualties and were pushed back," said Abdul Basir Salangi, a senior adviser to High Council for National Reconciliation, who has gone to Salang district in Parwan to support security forces.

"All resources are available. The security forces have enough strength. What we need is a high morale and strong determination. Our security forces are ready to fight the enemy," said MP Sadiq Qaderi.

On Friday, Afghanistan President Ashraf Ghani reached US. He was due to meet US President Joe Biden.

The Taliban have made advances in Afghanistan. There are reports of dozens of districts falling into their hands. Taliban already control Afghanistan's border crossing with Tajikistan.

Meanwhile, the US State Department has said that Washington was assessing to find out whether the Taliban is willing to end the conflict through a diplomatic solution or insists on the military takeover of Afghanistan.

"We`re looking very carefully at the situation on the ground in Afghanistan, and we`re also looking very hard at whether the Taliban is at all serious about a peaceful resolution to the conflict. We continue to be engaged on diplomacy, but actions that would try to take the country by force are of course totally inconsistent with finding a peaceful resolution," said US Secretary of State Antony Blinken.