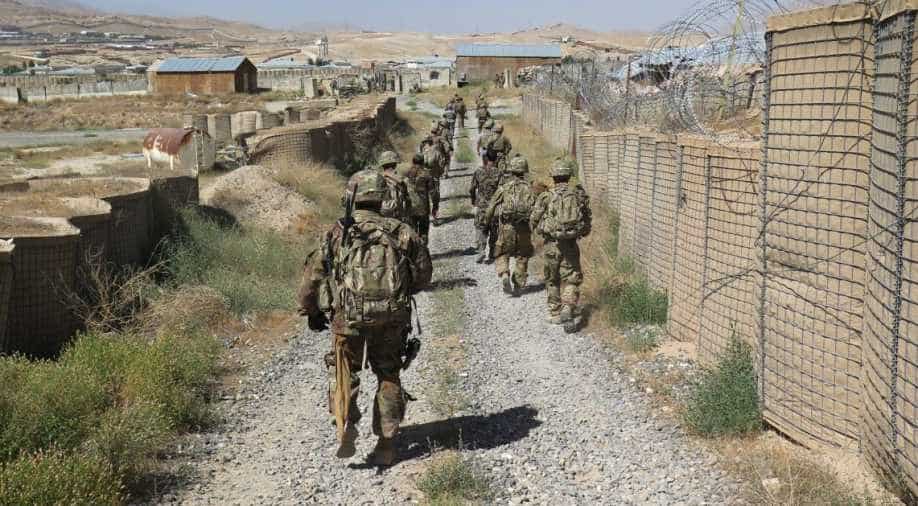 The rare message from Haibatullah Akhundzada comes after a sixth round of US-led talks ended last month in Qatar with little sign of progress and amid continued bloodshed across Afghanistan.

The Taliban are unlikely to call a ceasefire any time soon, the group's leader indicated Saturday, though he said the "doors of dialogue" with the US remain open.

The rare message from Haibatullah Akhundzada comes after the sixth round of US-led talks ended last month in Qatar with little sign of progress and amid continued bloodshed across Afghanistan.

"The doors of dialogue and negotiations have been kept open and at this very moment, the (Taliban) negotiation team... Is engaged in negotiations with the American side," Akhundzada said in a message ahead of the upcoming festival of Eid, which marks the end of the holy month of Ramadan.

Afghan President Ashraf Ghani had proposed a nationwide ceasefire at the start of Ramadan early last month, but the Taliban rejected the offer.

But Akhundzada said: "No one should expect us to pour cold water on the heated battlefronts of jihad or forget our 40-year sacrifices before reaching our objectives."
In a sign of Afghans' frustration with their country's seemingly unending conflict, a group of protestors have restarted a peace march that last year saw them walking across Afghanistan and into the capital Kabul.

Bismillah Watandost, a spokesman for the People's Peace Movement, told AFP on Saturday that about 30 people had started the walk late Thursday, heading from Lashkar Gah to Musa Qala in Helmand province, a Taliban stronghold.

"We will be marching 150 kilometres (93 miles). Some of our friends have blisters on their feet from wearing old shoes," Watandost said.

"This is our first peace march during the holy month of Ramadan, all of us are fasting." He said the group aims to express to the Taliban the pain and suffering of Afghans.

"Even if we are intimidated with death threats, we won't care about it," Watandost said.

On Friday, former president Hamid Karzai mistakenly declared the Taliban had announced a new ceasefire after hearing an old message the insurgents had put out last year.

Karzai's announcement unleashed a brief spell of confusion across the country, with media outlets firing off tweets and breaking news reports announcing the alleged truce.