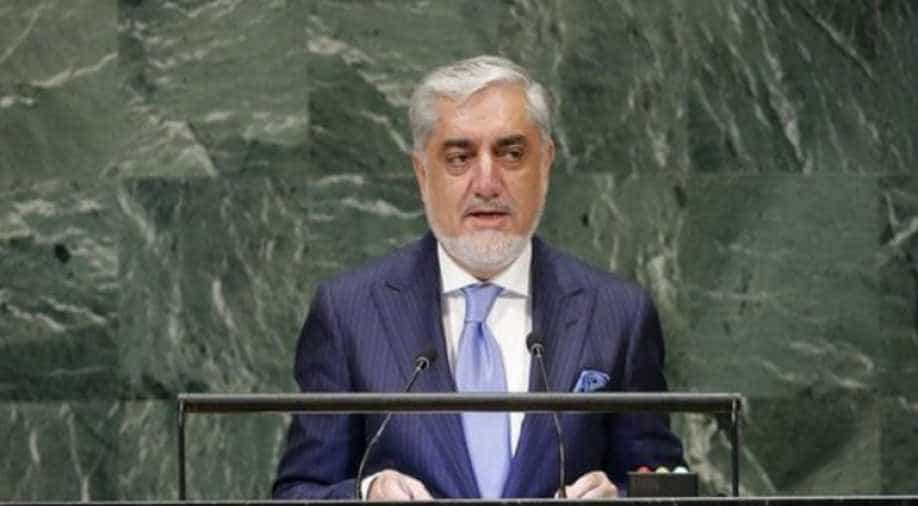 The CEO stated, 'The Taliban wanted to build a bloodstream, but the Taliban were defeated and the Taliban's thoughts and ideas were rejected,' according to TOLOnews.

Afghanistan's National Unity Government's CEO Abdullah Abdullah said on Monday that Taliban's thoughts and ideas have been rejected, as people came out to vote for Saturday's parliamentary elections despite threats by the group.

The CEO stated, "The Taliban wanted to build a bloodstream, but the Taliban were defeated and the Taliban's thoughts and ideas were rejected," according to TOLOnews.

"Our old men and females, youths and their enthusiasm, standing in line to vote, all that shows that people do not want Taliban ideology, but the Afghan people want a system based on the people's vote, and in fact, we have witnessed a historical moment," further claimed Abdullah, who also stated that the Afghans have proved that they reject the sound of violence, terror and the return to the dark days of the past.

Meanwhile, he also outlined that there were lapses during Saturday's polls. Referring to the Independent Election Commission (IEC), he said, "The people's demand from these commissions is that their complaints should be addressed and the shortcomings that have taken place should be resolved and people have the right for their complaints to be addressed."

Abdullah said, "The rumors that the action (attack on Raziq) was done by Resolute Support is just helping the enemy."

Meanwhile, Afghanistan's President Ashraf Ghani termed the elections as a "historic success" for democracy, while thanking the people for their active participation, despite threats by the Taliban.

"The great people of Afghanistan, thank you! By casting your votes, you sent a message to the world that you do not want violence, you demonstrated your determination through democracy. You proved to the Taliban that this nation will not surrender to anyone," Ghani stated in a speech on Sunday.

He further thanked the women of the country for participating both as candidates and voters. "I thank these women and their families. Their participation is a historic success for Afghanistan's democracy and it is a great beginning for our new generation. I hope that you participate in the presidential elections in such a large scale," he said.

Ghani also extended his gratitude to all the candidates who participated and helped mobilise the people.

"I thank you (candidates), you participated in a credible and healthy competition and mobilized the people. You have a deep root among the people. Because of you, there was enthusiasm and movement among the people. From among 2,500 candidates, only 250 will go to the Wolesi Jirga (lower house of parliament), we do not have losers or winners here, all of you are the winner of democracy," he said, according to TOLOnews.

The IEC Chief, Abdul Badi Sayyad also lauded the Afghan people, and said, "I thank the Afghans for their large turnout in the elections, it rejected the rumours around allegation of ghost registration. this helps Afghanistan to further develop democracy and democratic institutions. I also thank political parties and civil society who mobilized the people to participate. I also thank the Afghan government leaders who supported us and encouraged us.

Elections were at 4,500 polling centres, except Kandahar, and were held at 276 centres today."

Sayyad further mentioned that vote counting has been completed by 80 per cent of the polling stations. The IEC has stated that over three million Afghans voted in the parliamentary elections.

Elections are yet to take place in the provinces of Kandahar and Ghazni, as elections were postponed. The recent attack in Kandahar governor's house which claimed the life of the region's police chief let to the postponement in Kandahar, while security reasons and disagreements on reducing constituencies led to the deferral of elections in Ghazni.

Afghans voted for the Wolesi Jirga, or the lower house of the parliament during Saturday's polls which are being viewed as a precursor for the 2019 Presidential elections in Afghanistan.