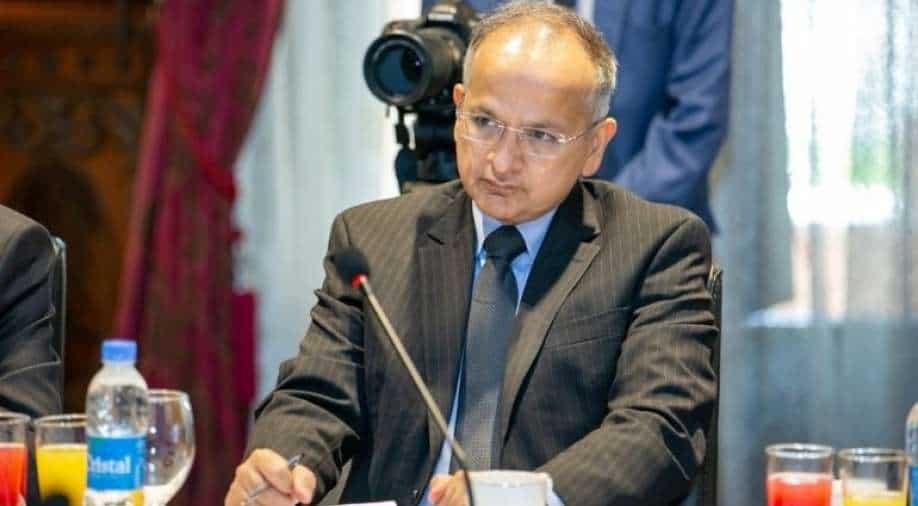 The Taliban have mounted a massive offensive against the Afghan government, especially in Herat, Kandahar and Helmand.

For the first time, the Afghan government has publically named Pakistan-based anti-India terror groups supporting the Taliban amid the ongoing escalation of violence in the country.

Afghan foreign minister Haneef Atmar on Tuesday briefed foreign envoys based in Kabul on the situation in the country and how actions by the Taliban have led to the killing of more than 3000 people and displacing more than 300,000.

The readout from the Afghan foreign ministry after the meeting said, "Minister Atmar noted that the Taliban attacks were carried out in direct collusion with more than 10,000 regional terrorists from Lashkar-e-Taiba (LeT), Tehreek-e-Taliban Pakistan (TTP), Ansarullah, Jundallah, Al-Qaeda, East Turkestan Islamic Movement (ETIM), and the Islamic Movement of Uzbekistan (IMU)."

He pointed out the recent "massacre of more than 100 people in Spin Boldak, forced marriages, destruction of more than 300 public infrastructures, and suspension of services in Taliban-controlled areas."

The Taliban have mounted a massive offensive against the Afghan government, especially in Herat, Kandahar and Helmand.

While talking about the presence of foreign fighters along with the Taliban in the country, Atmar pointed out that due to the "Taliban's widespread crimes and human rights violations," currently 18 million people face a dire humanitarian situation in the country.

Along with envoys from other countries, the Indian Envoy to Kabul, Rudrendra Tandon, and the UN Secretary-General's Special Representative for Afghanistan, Deborah Lyons, were also present.

WION has recently broken a story about how the Afghan government has informed the Indian side that the Pakistan-based terror group Lashkar-e-Taiba is shifting bases inside the country.

According to Foreign Minister Atmar, Kabul needs 4 areas of cooperation from the international community, which are, "(1): Repelling the Taliban’s attacks on metropolitan areas, (2) Preventing a human catastrophe and human rights abuses, (3) Accelerating the Afghan Peace Process, and (4) Implementing a six-month security program."