Taliban attack at NGO kills at least 9 in Kabul 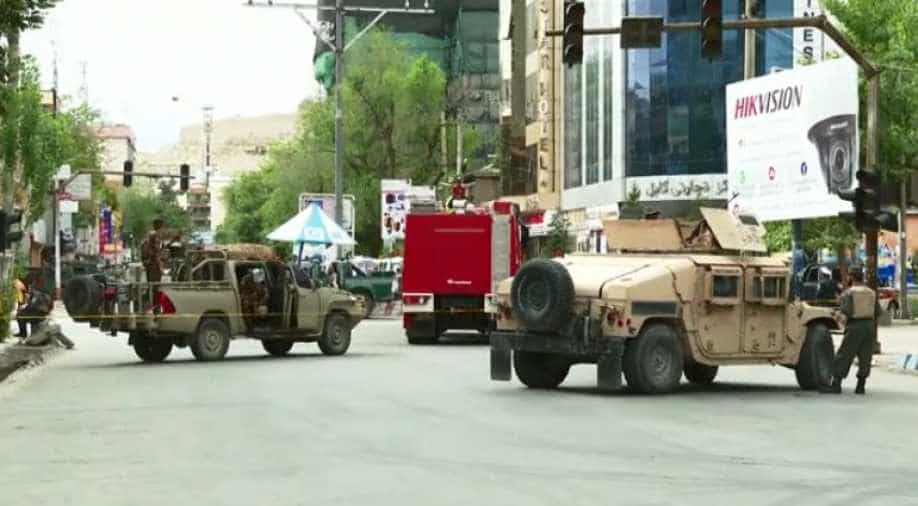 At least four civilians were killed, and 25 others wounded after suicide bombers attacked an aid agency in Afghanistan's capital of Kabul on Wednesday.

The Taliban claimed responsibility for the attack shortly after the deadly attack.

The five assailants were all killed during a counter-attack conducted by Afghan elite police forces that lasted nearly six hours.

The attack took place at midday when the attackers detonated an explosive-laden vehicle at the gates of non-governmental organisation Counterpart International in the Afghan capital. Following the blast, a plume of black smoke could be seen rising over the city.

Afghan security forces evacuated about 200 people from the targeted building and nearby offices, the Ministry of Interior Affairs said in a statement. The security forces reportedly seized another vehicle at the scene and defused the bombs.

The blast shattered windows even 200 meters away.

"After the explosion, huge clouds of dust rose in the air, and the debris was blown over to this area and the park. Then another blast happened and there were huge clouds of dust again. The security forces arrived after that," said Ramsh, a witness at the scene.

Afghan President Ashraf Ghani, UN mission in the country and Afghans strongly condemned the attack which occurred on the third day of Muslim's fasting month of Ramadan.