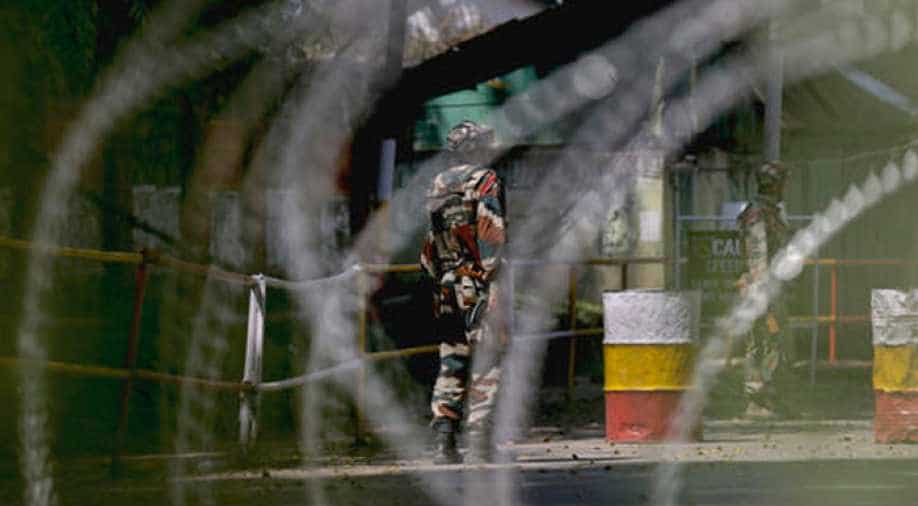 India on Wednesday said it has credible incriminating evidence to show that Pakistani forces crossed across the Line of Control (the de facto border separating the two nations) to kill and mutilate two Indian soldiers.

Defence Minister Arun Jaitley said cover fire was provided to those who killed and mutilated the bodies of the two soldiers and Pakistan helped perpetrators escape.

"The fact that cover firing was provided to those who carried out this act..... They are helped to escape, in such a heavily guarded border where posts are within few meters of each other, this cannot happen without the protection or the participation or the actual indulgence of the army," the defence minister said.

"The denial itself carries no credibility because the entire gamut of circumstances clearly indicates that this barbaric act of first killing two of our soldiers and then mutilating their bodies has been carried out with the active participation of the (Pakistani) army," he said.

Arun Jaitley said such an act cannot be carried out without the "protection, participation or the actual indulgence" of the army.

Replying to a question on India's possible response to Pakistan's action, Jaitley said, "Have faith in your army".

Ministry of External Affairs (MEA) spokesperson Gopal Baglay said, "The Indian side has sufficient evidence that this act was committed by personnel of the Pakistan Army who crossed the Line of Control in the Krishna Ghati sector. The government also demanded that Pakistan take immediate action against its soldiers and commanders responsible for this heinous act.’

When questioned about the veracity of the evidence collected by India, Baglay said: "Blood samples of the Indian soldiers that have been collected and the trail of blood on Roza Nala clearly shows that the killers returned across the LoC. Those who came from across the Line of Control did not come from Pakistan, they came from PoK, and secondly, it is obvious that they returned to where they came from, the trail of blood is of Pakistanis who came from across the border. In this case, it is the personnel."

This morning, New Delhi summoned Pakistan High Commissioner Abdul Basit, and lodged a protest against the killing and mutilation of Indian soldiers in Jammu and Kashmir.

Basit was summoned by Foreign Secretary S Jaishankar to convey India's "outrage at the killing and the barbaric act of mutilation of the bodies of two Indian soldiers on May one, 2017 by Pakistani army personnel," an external affairs ministry statement said.

"It was significant that the attack was preceded by covering fire from Pakistani posts in Battal sector (in vicinity of village Battal). Blood samples of the Indian soldiers that have been collected and the trail of blood on Roza Nala clearly shows that the killers returned across the Line of Control," it said.

The Pakistan Army has denied India's charge of mutilating two of the latter's soldiers and described itself as a highly professional force that never disrespects any soldier.

"Pakistan Army did not commit any ceasefire violation on the LoC or a BAT action in the Buttal sector (Indian Krishna Ghati Sector) as alleged by India. Indian blame of mutilating Indian soldiers' bodies is also false," the Inter Services Public Relation (ISPR) said in a statement.

The Indian Army in its statement said, ‘Pakistan Army carried out unprovoked Rocket and Mortar firing on two forward posts on the line of control in Krishna Ghati Sector. Simultaneously, a BAT action was launched on a patrol operating in between the two posts. In an unsoldierly act by the Pak Army the bodies of two of our soldiers in the patrol were mutilated. Such despicable act of Pakistan Army will be appropriately responded."

Naib Subedar Paramjeet Singh and BSF Head Constable Prem Singh were slain by Pakistan Border Action Team (BAT) after sneaking 250 metres into Indian territory in Poonch of J&K on May 1.

Indian Director General of Military Operations (DGMO) Lt Gen A K Bhatt had yesterday conveyed to his Pakistan counterpart that such a "dastardly and inhuman act" was beyond any norms of civility and merits unequivocal condemnation and response.