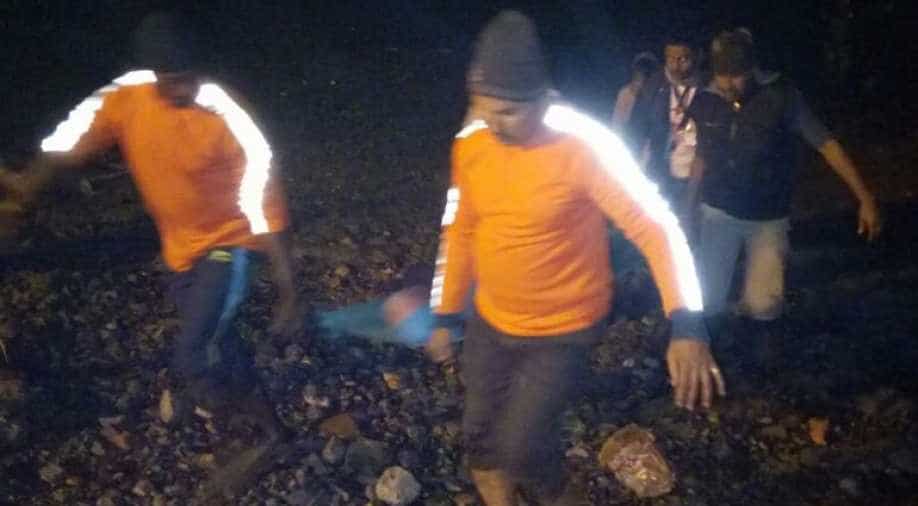 The stampede occurred at around 6 pm when the pilgrims were in a rush to board vessels. Photograph:( ANI )

Six pilgrims died and 10 others injured in a stampede in India's eastern state of West Bengal as they scrambled to get onto a jetty while on their way back from a religious festival.

The stampede occurred around 6 pm at Kachuberia, the landing point on the Gangasagar island, a famous pilgrimage spot in the state.

Around 1.5 million people had assembled at Gangasagar for a two-day harvest festival, 'Makar Sankranti'.

The pilgrims were in a rush to board the vessels which would ferry them to state capital Kolkata, located about 100 kms from Kachuberia.

"Six women have died in the stampede while they were trying to cross a jetty near Gangasagar," local minister Manturam Pakhira told AFP.

All the pilgrims were middle-aged but are yet to be identified.

A search has been launched by naval divers to find out anyone else who might have fallen into the Buriganga river, a tributary of the Hooghly river, during the stampede, district officials told PTI.

Thousands of devotees from across the country gather every year at Gangasagar, where the Ganges river flows into the sea, to take a dip in the holy waters and pray at the temple of Hindu god Kapil Muni.

The stampede came a day after an overcrowded boat capsized in the Ganga river in neighbouring Bihar state, killing at least 26 people returning after celebrating the Makar Sakranti festival.

Last year, 24 people died after a stampede broke out in the Hindu holy town of Varanasi.