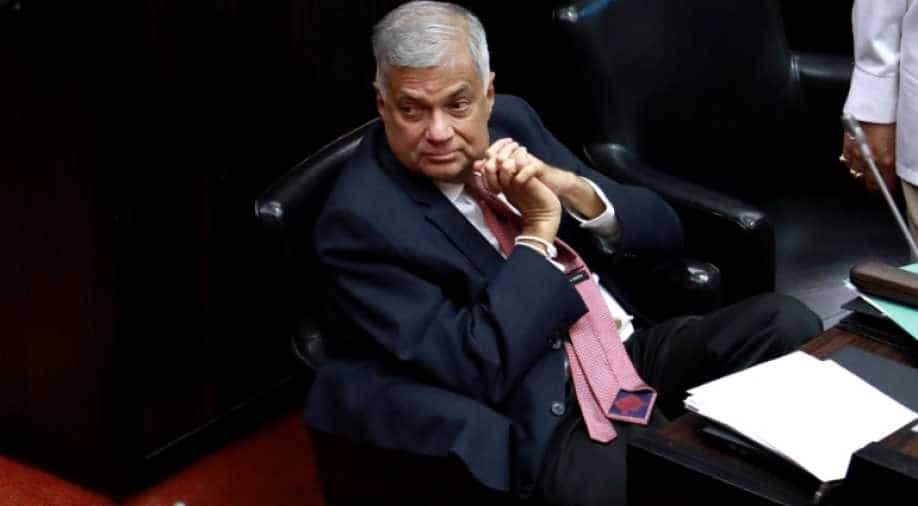 The South Asian island country plunged into instability in October after President Maithripala Sirisena replaced Wickremesinghe with Rajapaksa, who was then twice sacked by parliament.

The report also cited an official at the president's office confirming Wickremesinghe's oath-taking.

The South Asian island country plunged into instability in October after President Maithripala Sirisena replaced Wickremesinghe with Rajapaksa, who was then twice sacked by parliament.

But as a government shutdown loomed, Rajapaksa put in his papers and said in a statement on Saturday that a change of government that "the people expected" has now been put off.

Wickremesinghe's office on Friday said that Sirisena had called the former prime minister by telephone to invite him to be sworn back into office on Sunday.

Sirisena had previously said he would not appoint Wickremesinghe "even if he has the backing of all 225 lawmakers in parliament".

The country's parliament had voted to cut the budget for Rajapaksa and his ministers after Sirisena had refused to accept no-confidence votes against Rajapaksa saying that due procedure was not followed.

The country's Supreme Court on Friday rejected Rajapaksa's bid for an injunction on a lower court's order that barred him and his cabinet from carrying out their roles in government.

Earlier this week, the island nation's parliament passed a vote of confidence in favour of Wickremesinghe, as it sought his reinstatement as prime minister by the president to defuse the political crisis.