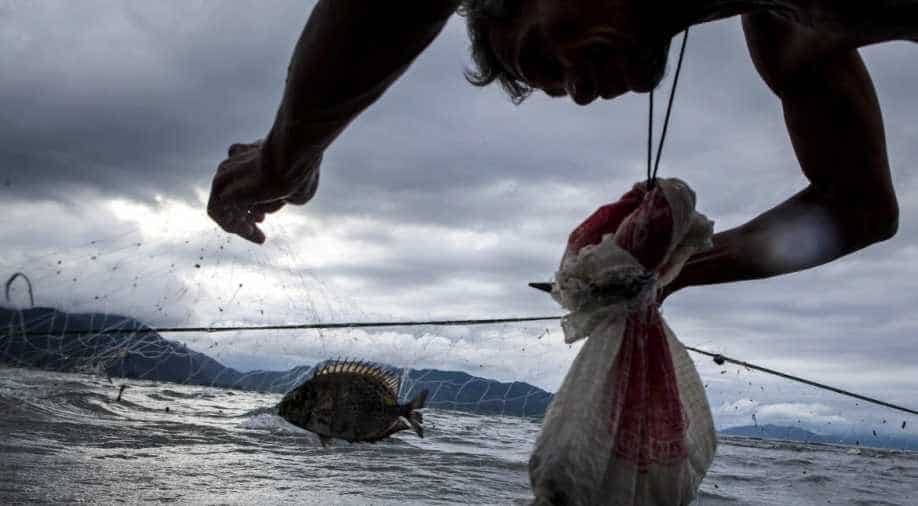 The Indian fishermen were fishing near the Delft Island in the Palk Strait, a strait bounded by southern Mannar district and northern island of Sri Lanka when they were captured by the navy. Photograph:(Getty)
Follow Us
Sri Lankan Navy arrested five Indian fishermen and seized a boat for crossing maritime boundary, said fishermen association in southern Tamil Nadu state on Sunday.

The fishermen were fishing near the Delft Island in the Palk Strait, a strait bounded by southern Mannar district and northern island of Sri Lanka.

All fishermen hailed from Rameshwaram city of the state.

This is second such incident in the month as three fishermen were arrested by the Sri Lankan Navy on June 5.

"Despite her (Sushma Swaraj) assurance, the news on the arrest of fishermen has surfaced again. Hence, on behalf of Tamil Nadu Fishermen Association, we request the federal government to get to the end of this matter," said Tamil Nadu Fishermen Federation, secretary, CR Senthilvel.

Detention of Indian fishermen by Lankan authorities is frequent, as they often cross the International Maritime Boundary Line for fishing in its waters

Sri Lanka has long fumed over poaching and illegal fishing by Indian fishermen that it says deplete the catches of its own fishermen.

In November last year, as many as 126 Indian fishermen, arrested by Sri Lankan navy on the charges of poaching, were released.