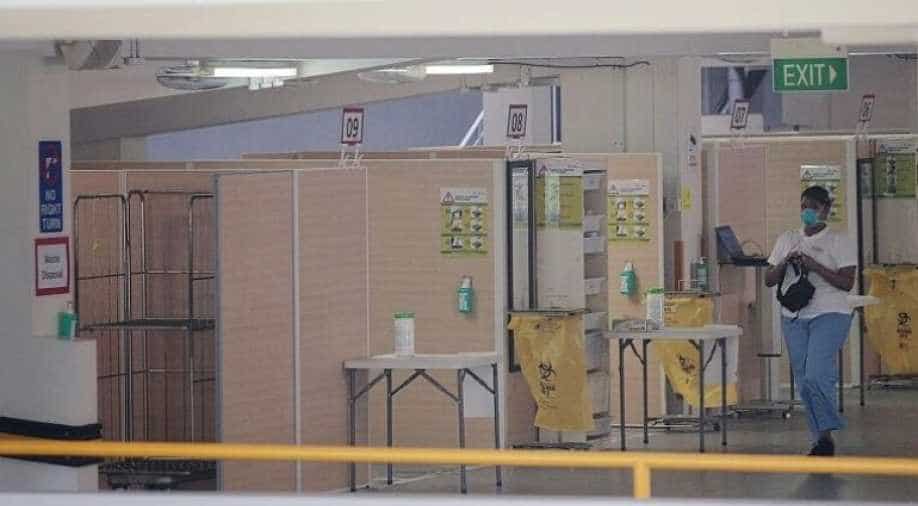 The spike in cases came even as the authorities had eased lockdown measures as the number of new infections showed a decline in recent weeks.

Sri Lanka has turned a quarantine centre into a 500-bed field hospital for coronavirus patients after a sharp increase in the number of new infections, the military said Friday.

Army chief Shavendra Silva said the military-run Kandakadu facility in the east of the island was made a hospital after a record number of people there tested positive for the virus since Thursday.

"The quarantine centre was made a field hospital that can treat up to 500 patients," Silva said in a statement.

He said a record 253 inmates at a drug rehabilitation centre in the Kandakadu neighbourhood were moved to the field hospital on Thursday.

Another 97 people tested positive for the virus on Friday raising fears of a second wave of infections, health officials said, adding that 87 of them were also from the rehab centre.

The spike in cases came even as the authorities had eased lockdown measures as the number of new infections showed a decline in recent weeks.

Mass testing was carried out at the drug rehabilitation centre after an inmate transferred to the main prison in the capital was found to be infected with COVID-19 on Tuesday.

The information department said the authorities have begun tracing inmates released from the rehabilitation centre at Kandakadu, 252 kilometres (157 miles) north-east of the capital, after the latest outbreak.

The government earlier last month began easing a 24-hour nation-wide curfew and started reopening schools after health authorities said there had been no community spread of the virus since the end of April.

The new cases reported in the country till Thursday had been among those returning from abroad and within a navy camp that is still under lockdown.

The country has reported 2,450 cases with 11 fatalities since the first patient, a Chinese woman tourist, was found on January 27.