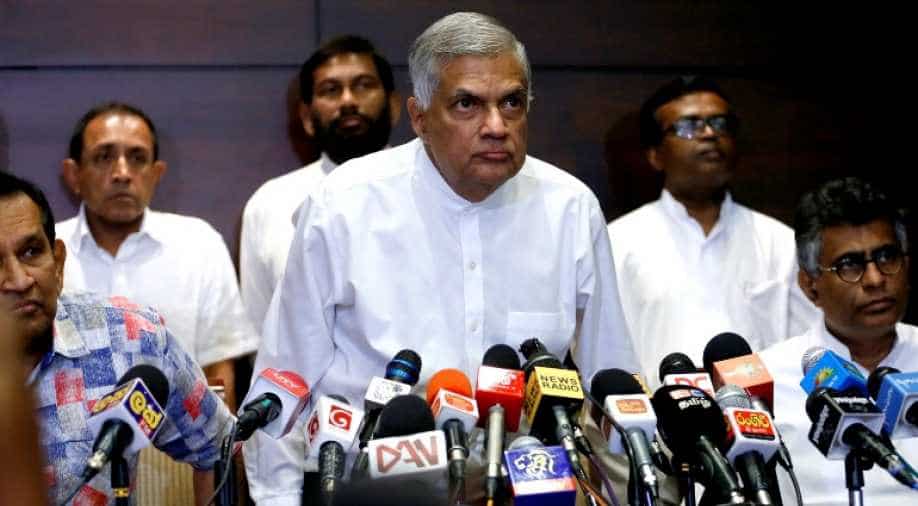 President Maithripala Sirisena's party has said the 225-member assembly must remain shut until November 16 amid turmoil over his sacking of Ranil Wickremesinghe as prime minister.

Sri Lanka's speaker on Friday defied the president's order to suspend parliament and called a meeting of lawmakers next week to discuss a worsening constitutional crisis, reported news agency AFP.

"The speaker met a majority of MPs at a committee room and promised he will open parliament on November 7," Karu Jayasuriya's spokesman told.

President Maithripala Sirisena's party has said the 225-member assembly must remain shut until November 16 amid turmoil over his sacking of Ranil Wickremesinghe as prime minister.

The country was thrown into political turmoil after Sirisena named Mahinda Rajapaksa as prime minister last week after sacking the unity government of Wickremesinghe.

Jayasuriya told more than 118 MPs, a majority of the House, that he could not ignore their demands to call the parliament in a bid to end the impasse, the report added.

Wickremesinghe's United National Party says that the president wants to shut down parliament for as long as possible to give himself more time to engineer defections in support of Rajapakse.

"It is clear that Rajapakse does not have the numbers in parliament to justify getting the prime minister post," UNP spokesman Harsha de Silva said. "They are now trying to wriggle out of this crisis."