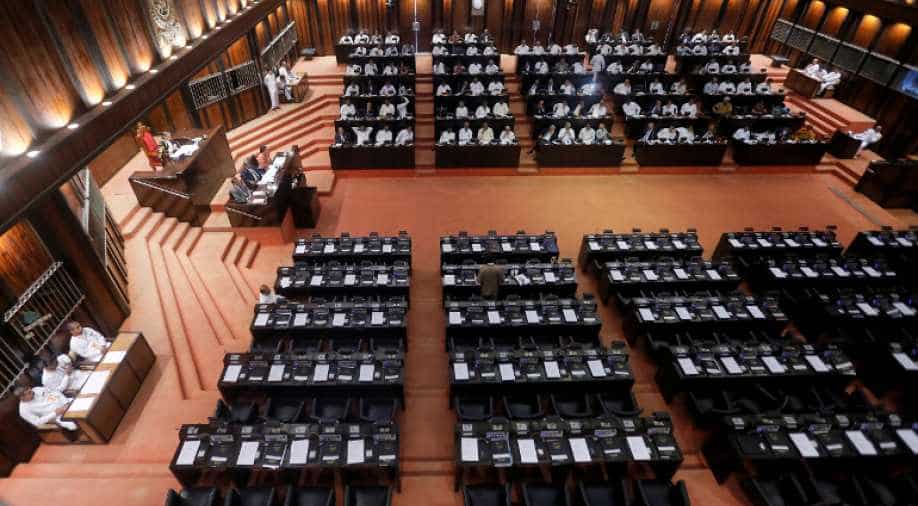 Speaker Karu Jayasuriya is scheduled to chair a meeting on Tuesday to decide on the business of Parliament this week.

Sri Lanka's Parliament is set to convene on Tuesday for the first time after the reinstatement of Ranil Wickremesinghe as prime minister that ended the 51-day political standoff in the country, but he and President Maithripala Sirisena are yet to agree on Cabinet positions.

Sirisena, whose controversial actions plunged the island nation into an unprecedented political turmoil for nearly two months, reinstated Wickremesinghe as Prime Minister on Sunday, after sacking him on October 26 and appointing ex-president Mahinda Rajapaksa in his place and also dissolving Parliament, some 20 months early.

Sirisena was left with no other option following two separate decisions by the Supreme Court, which nullified his illegal moves.

Speaker Karu Jayasuriya is scheduled to chair a meeting on Tuesday to decide on the business of Parliament this week.

As Cabinet ministers are yet to take oaths, only the Prime Minister will be assigned a seat in the Chamber, Parliament Deputy Secretary-General Neil Iddawela said.

"We are hopeful that the list can be finalised soon. We are also looking at some of the Sri Lanka Freedom Party (Sirisena's party) members to join," Nalin Bandara, a parliamentarian from Wickremesinghe's United National Party (UNP), said.

The UNP sources said Sirisena is demanding the ministries of law and order and mass media. It has been reported that the UNP has been assigned seats in the government side and Sri Lanka Freedom Party (SLFP) and United People's Freedom Alliance (UPFA) MPs have been assigned seats of the Opposition.

A final decision has not been taken on the opposition leader's position. State newspaper Daily News reported that about 10 UPFA MPs are expected to join the UNP side.

"The SLFP members decided last night that none would join the government," Nishantha Muthuhettigama, a Sirisena loyalist said.

The Sirisena camp now is divided between the SLFP and Rajapaksa's SLPP. They are to join together to form a united alliance at the next election.

Parliamentary officials said that seats would be allocated based on the seniority this afternoon when parliament meets for the first time since the crisis ended.

Sirisena and Rajapaksa loyalists, who have been boycotting parliament since mid last month, are set to return to Parliament on Tuesday.