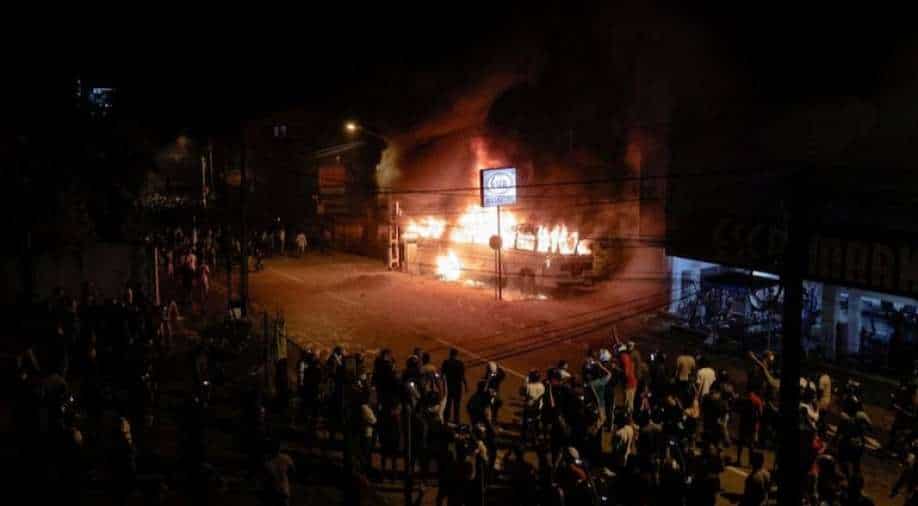 Demonstrators stand near a bus that was set on fire at the top of the road to Sri Lankan President Gotabaya Rajapaksa's residence during a protest against him. Photograph:( Reuters )

The government imposed an overnight curfew in several parts of Colombo after protests outside President Gotabaya Rajapaksa's home over the worsening economic crisis in the country turned violent.

More than 5,000 protesters marched outside the president's house in the Sri Lankan capital, demanding that he resign, and police clashed with them.

To put down the protests, the Special Task Force, a paramilitary police squad, had to be brought in.

Earlier on Thursday, the protests outside the mansion of Sri Lankan President Gotabaya Rajapaksa got violent, injuring at least ten people, including journalists.

Following conflicts between protestors and police in Mirihana, six individuals were brought to the Colombo National Hospital with injuries.

A bus attached to the Sri Lanka Army and a jeep were set on fire by protesters. Moreover, police have imposed a curfew in several areas in Colombo.

According to the Daily Mirror, four more patients were admitted to the Colombo South Teaching Hospital in Kalubowila.

According to the Daily Mirror, which cited medical sources, all of the injured people were men, and several of them were journalists. 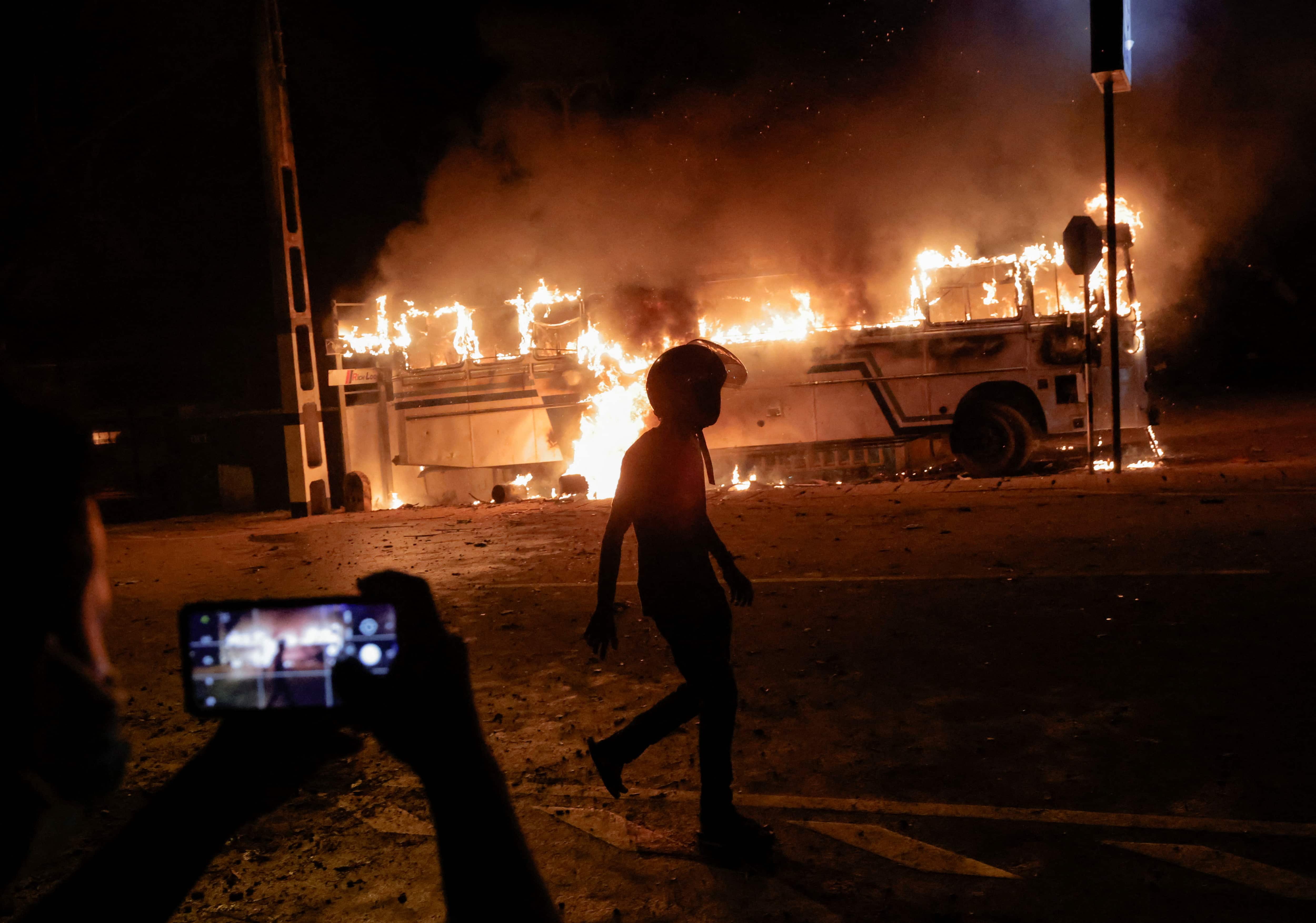 Due to the collapse of the tourism sector, Sri Lanka's economy has been in free fall since the COVID-19 outbreak.

Sri Lanka is currently experiencing a foreign exchange shortfall, which has resulted in gasoline, power, and gas shortages, and has sought economic assistance from friendly countries.

At least ten hours of power outages occur every day in Sri Lanka. 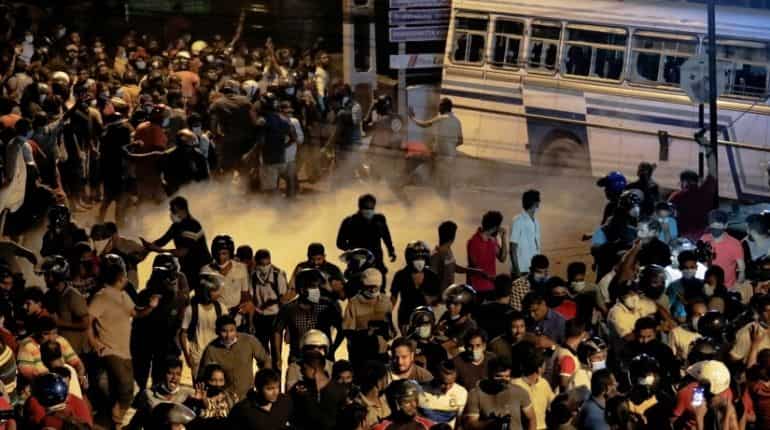 Since March 8, Sri Lanka's currency has been depreciated by over SLR 90 versus the US dollar.

The government is turning off street lights to save electricity, Power Minister Pavithra Wanniarachchi told reporters, as a continuing shortage of diesel brought more power cuts and halted trading on the main stock market.

The power cuts add to the pain of Sri Lankans already dealing with shortages of essentials and rocketing prices.

Retail inflation hit 18.7% in March over the same period a year ago, the statistics department said on Thursday. Food inflation reached 30.2% in March, partly driven by a currency devaluation and last year's ban on chemical fertilisers that was later reversed.