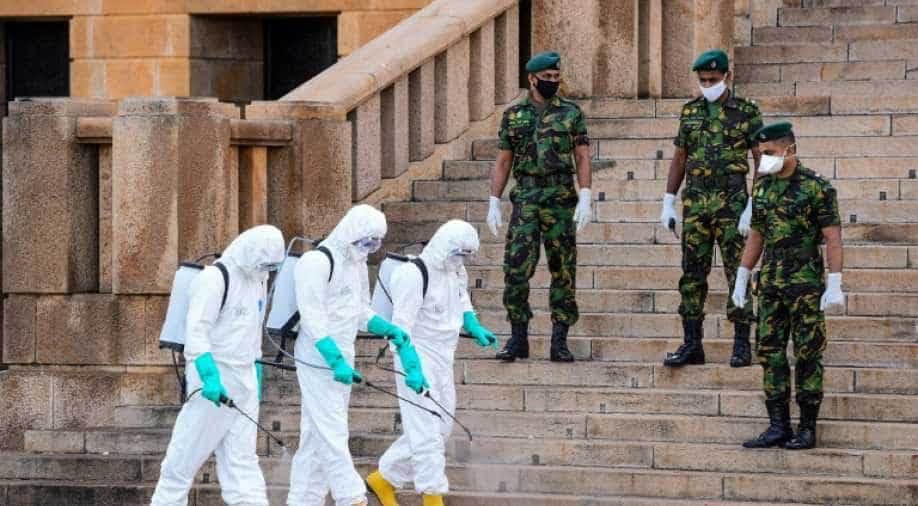 The government's orders have gone against their religious beliefs as the government apparently feels that bodies of Wuhan virus victims will contaminate the groundwater.

In Sri Lanka pandemic deaths have triggered a massive controversy. The government insists on cremating all the dead - Hindu, Buddhist, Muslim, Christian whatever be the religion.

Muslims and Christians bury their dead and they do not cremate, but the government insists: if you have died because of the Wuhan virus in Sri Lanka, you shall be cremated.

The government's orders have gone against their religious beliefs as the government apparently feels that bodies of Wuhan virus victims will contaminate the groundwater.

The order has been in place since April. The administration has been cremating all victims.  The outrage began as the latest victim was just 20 days old - a newborn baby who died due to the virus and was cremated despite the objections from his parents. He has become the face of the campaign.

Baby Shaykh is the youngest victim of the virus in Sri Lanka even before his family could process the devastating news of his death the authorities were "ready to hand over the baby's ashes to them".

At least 15 Muslims have been cremated in Sri Lanka and their families say that the cremations were carried out against their will. There is anger against the government. Muslims in Sri Lanka are being denied a burial.

Colombo doesn't want their bodies to be flown back home. President Gotabaya Rajapaksa has made a special request to the Maldives. The Maldivian president's office has responded and they are holding consultations to bury Sri Lankan Muslims in the Maldives.

The order to cremate all came after influential Buddhist monks raised an alarm. They said burying Wuhan virus victims could contaminate the groundwater. They said buried bodies could spread the virus.

However, no such claim has been found in science. Activists have slammed the argument even as global health bodies have said victims can be buried or cremated but the Lankan government has not paid heed to these voices.

Earlier this month, it found support in the Supreme Court. Sri Lanka's highest court turned down all petitions against compulsory cremations emboldened by the Supreme Court's decision the Sri Lankan government rejected demands from 19 Muslim families.

Reports say they refused to claim the bodies because they wanted a burial and not a cremation, however, the Sri Lankan attorney general ordered the local authorities to go ahead with the cremations.

The move has now triggered public anger over the weekend citizens reached the cremation centre and they tied white ribbons to the gates of the cemetery that houses the crematorium. It was removed on Monday.

The protest then moved online with several citizens claiming that the Rajapaksas are using the pandemic to marginalise the Muslims. One user on Twitter claimed that Muslims are being cremated without tests or a positive report, however, it hasn't been independently verified.

The outrage against the government is quite visible now. Sri Lanka largely contained the first wave of cases but, now there is a second wave and the focus is back on the government's response to the pandemic.

The Rajapaksas known for ruthlessly crushing the civil war have been using the same military textbook to defeat the virus. Reports say officials from the military are being given prominence over experienced civil servants even those who have a record in health services.

Earlier this year, a report claimed that key decisions on the pandemic were communicated by Shavendra Silva, the army commander who is the head of Sri Lanka's national operation center for the prevention of COVID-19 outbreak.

Shavendra Silva was called the "public face" of the response. While the pandemic needs a tough response and military precision in managing affairs, the enforced cremations without any scientific basis damage Colombo's record on the pandemic.