Sri Lanka: Can Ravana ensure a victory for Rajapaksas? 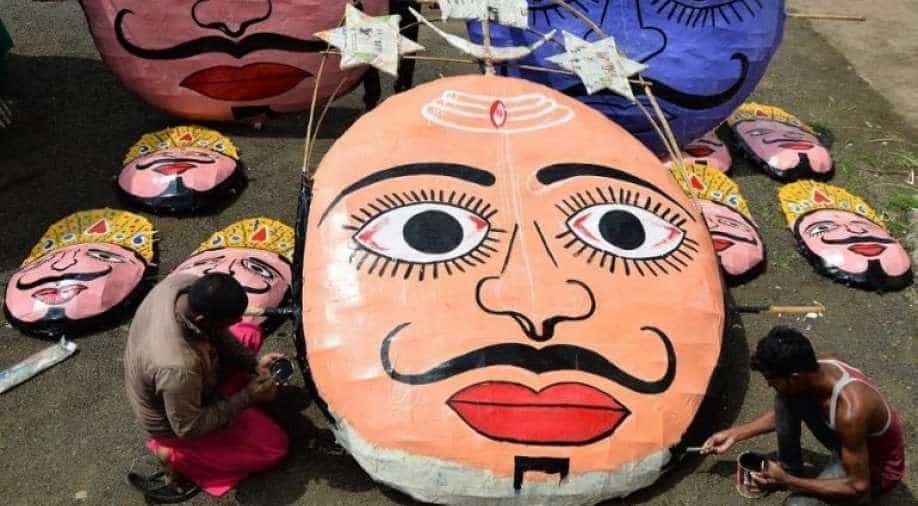 Among other factors, India and Sri Lanka's history is also knit by a Hindu epic, the Ramayana.

Its protagonist is Lord Ram and antagonist, the demon-king of Lanka, Ravana.

In Ramayana, Ravana abducts Lord Rama's wife Sita, takes her to Lanka, where she was kept as a prisoner.

In India, by and large, Ravana is considered as a symbol of evil and Lord Rama is celebrated.

The Hindu deity is often mentioned in Indian election rallies too, where voters are promised of building a Ram temple.

On August 5, Indian Prime Minister Narendra Modi will be in the temple town of Ayodhya to lay the foundation for the Lord Rama temple.

On the same day, Sri Lanka will vote, but unlike India, it is heading to elections by celebrating Ravana.

Sri Lanka considers him a great ruler and a learned scholar.

In this island nation, a Buddhist monk-led political organisation is called Ravana Balaya.

And now, the Sinhalese Buddhists are trying to build a cult around Ravana.

They are projecting him as an embodiment of Sri Lanka's fight against India and the West.

Recently, the Lankan Ministry of Tourism and Civil Aviation issued a newspaper advertisement, which urged people to share research and documents on Ravana.

The government said it is conducting research on the lost aerial routes.

In mythology, Ravana is said to have built an aircraft, which he used to fly to India and other overseas lands.

So, what is being presented as scientific research is nothing but an attempt to stir-up nationalistic sentiments.

It is also being used to unite the Sinhalese Buddhist, who Rajapaksas see as their vote bank.

As they seek votes with the promise of unity, it is Ravana, who is once again emerging as a charismatic leader, and a symbol of Lankan power.