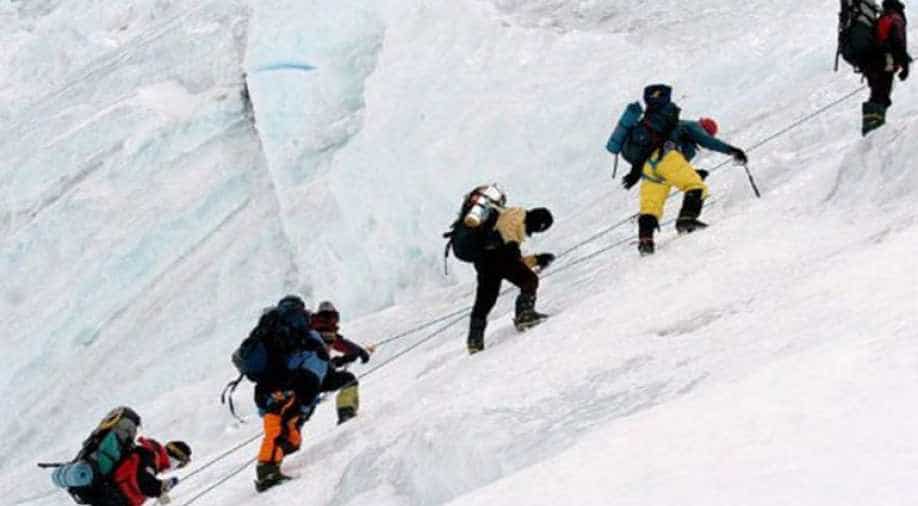 However, the ban is receiving a lot of criticism from climbing enthusiasts around the world. Photograph:( Zee News Network )

The decision has been taken by the Nepalese Tourism Ministry, which under discussion for a month and got an approval this week.

As per the reports, the new rules are made in order to reduce the number of deaths on the mountain.

According to the new regulations, Solo climbers will only be allowed to climb in the company of a mountain guide and high-altitude workers who accompany such expeditions.

Meanwhile, Nepalese alpine associations have also suggested setting a maximum age limit to 76 years old which however is not in implementation right now.

The decision of setting an age limit came after an 85-years old man died from lack of oxygen at the mountain.

Minimum age of a person to climb the Everest has remained same to 16-years old.

Lately, Everest is seeing a high number of climbers which has raised security concerns as companies are arranging climbing expedition in lower costs compromising on security.

The Nepalese government tightens the eligibility criteria for permits to scale the 8,848m (29,029ft) peak from the Nepal side before each spring climbing season. However, the enforcement is patchy and rules are frequently overlooked.

However, the ban is receiving a lot of criticism from climbing enthusiasts around the world.

In his blog, Arnette wrote, "If this is about protecting people from their own ambitions, then over half of the annual climbers should be banned each year as they lack the experience to safely climb Everest."

Another climber, Gurkha soldier, Hari Budha Magar who lost both legs in an explosion in Afghanistan was also intending to climb the mountain.

"Nepal should be proud of me, not banning me. I will be climbing Everest whatever the cabinet decides. Nothing Is Impossible," Magar wrote in his Facebook post.

Hari Buddha Magar has been under training to become the world's first above-knee double amputee to climb Everest.

United States Ambassador to Nepal, Alaina B Teplitz while criticizing the decision, tweeted, "Ability not perceived 'disability' must guide rules on who can trek Everest."