Singing India's national anthem is not a litmus test of patriotism 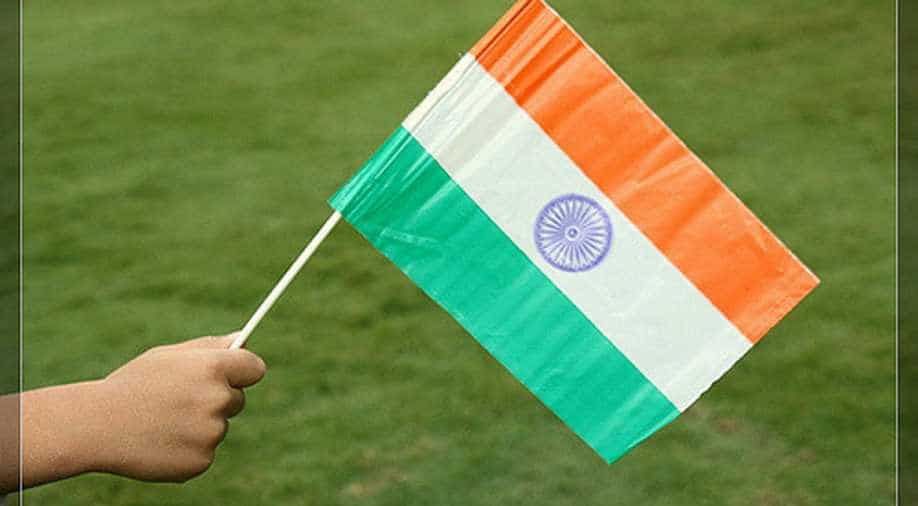 Nation-building process is about making the nation-ness visible through symbols and practices Photograph:(Others)
Follow Us

The Indian nation, with all its diversity, is an amalgamation of imagined communities. The human population inhabiting the physical boundary of the Indian nation-state shares very little in terms of ancestry, histories and culture. Thus, the sense of solidarity among its citizen, the “deep, horizontal comradeship” that Benedict Anderson argued is the hallmark of a nation, needs to be created through a series of myths, memories and symbols.

Historically speaking, the nation-building process is very much about making the nationness visible. Over time and across countries, this has been achieved through employment of symbols, such as flags and emblems, celebration of selected historical memories as national days as well as performing rituals like flag-hoisting and singing the national anthem.

The ongoing process of validating and buttressing a collective national identity has come out unequivocally through the recent Supreme Court of India’s judgement on the national anthem. The Apex Court has made playing the national anthem mandatory in all cinema halls of India and, additionally, stipulated that the viewers need to stand up while the anthem - Jana Gana Mana - is being played.

The bench of Justice Dipak Misra and Justice Amitava Roy who passed the judgement on the national anthem justified their verdict in the name of patriotism and nationalism. “It is the duty of every citizen to abide by the ideals ingrained in the Constitution and as such show respect to the National Anthem and the national flag”, the bench said.

In the first two decades after independence, the national anthem was being ritualistically played in all cinema halls and people usually abided by the code of deference, that is, they stood up and kept standing till the end of it. But it was a practise that fell into disuse with the passage of time because, understandably, the historical context did not encourage its perpetuation. The strong tenor of patriotism was missing after the Nehru years, only to recur occasionally in times of perceived national crises. More importantly, it was a logistical nightmare to enforce the protocol for the national anthem in the confines of cinema hall.

Every time, a nation-state perceives itself to be under threat, external or internal, it enforces these symbols and practices of patriotism even further

Loving one’s own country and being particularly nationalistic about it are two different things. Though the fine line separating it is often not visible, more so, if one believes in token gestures of patriotism. Every time, a nation-state perceives itself to be under threat, external or internal, it enforces these symbols and practices of patriotism even further. Popular culture in the form of movies and songs disseminate this patriotic feelings across the demographic spectrum. For instance, after the victory over Pakistan in 1972, the Durga idols in Kolkata resembled the Indian prime minister Indira Gandhi and the demon “Asura”, after the Kargil war, uncannily resembled President Pervez Musaraff of Pakistan.

The discussions over symbols of nationalism bring us to the conflicting world of ideas and practices, the different trajectories of their existence. For a common Indian, the state is very tangible entity, visible through its courts and police, ministries and offices. The nation, however, is an abstract entity-an idea which is difficult to grasp and complicated to convey. It is the flag (tricolour), the anthem (Jana-Gana-Mana), the emblem (Lion Capital of Ashoka) which render the abstract nation with concrete meaning. These are, undeniably, the tangible indicia of nation.

When we get confused as to what is common between me, a Bengalee and my colleague, a Tamil Brahmin, it is then I cling on to the flag and the anthem as the binding factors, holding us together as Indians. As these symbols becoming increasingly sacrosanct in the nationalist discourse, one’s proof of nationalist fervour becomes derivative of public display of reverence for these markers.

As these symbols becoming increasingly sacrosanct in the nationalist discourse, one’s proof of nationalist fervour becomes derivative of public display of reverence for these markers.

The Supreme Court of India has bought into this line of nationalist argument when the bench of Justices Misra and Roy pronounced, “At the root of protocol for national anthem, is respect for national identity, integrity and constitutional patriotism." The judges concerned are, therefore, reluctant to see that beyond the world of practices and symbolism, there is this infinitely more nuanced world of ideas and nationalism is an integral part of it. More importantly, in this world of ideas, nationalism is a contested topic, it is not homogenous at all.

Ironically, the very author of India’s national anthem Jana-Gana-Mana, Rabindranath Tagore was a sharp critic of any blanket notion of nationalism, as is evident from his immensely popular novels, such as Gora and Ghare-Baire. Tagore’s belief in nationalism was always in a dialectical relationship with his belief in internationalism and love for Bengal. A feeling that the present judgement does not take into cognisance when it upholds a hegemonic “feel(ing)” for the country and motherland.

Though social media is bursting with critical tweets on the Supreme Court’s judgement, it is not, at the end of the day, a uniquely discrete event. Globally speaking, the verdict is very much part of  “myth-symbol complex” that has served to unite disparate individuals to the collective phenomenon of the nation through the shared meanings and values attached to these symbols of nationalism. And, God knows, as much as we do, that India, with all its hegemonic claims of Indian-ness is in reality a multi-national democracy. The nation-state needs cohesive insignias to serve pragmatic needs of unity.

How does it matter that in the process we have killed the author who have penned the national anthem in the high altar of nationalism?