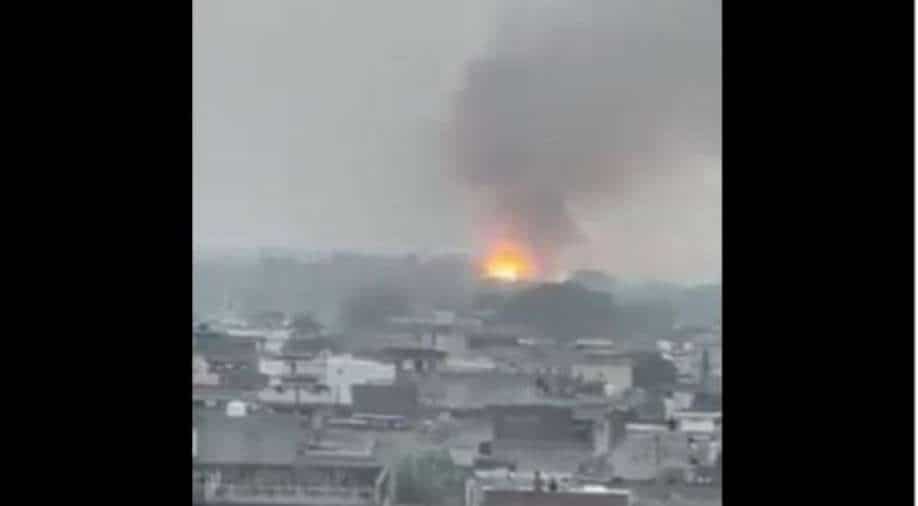 The explosion is suspected to have occurred at an ammunition depot in an area controlled by the Pakistan Army. Photograph:( Twitter )

The sound of the blast was reportedly heard near the cantonment area in the Punjab province.

The Pakistan Army on Sunday said that an unintended fire broke out at an ammunition shed near Sialkot Garrison on Sunday, resulting in many explosions in the area.

Ary News quoted the Inter-Services Public Relations (ISPR) as claiming that an unintentional fire broke out in a munitions shed near Sialkot Garrison owing to short-circuiting.

"Due to an effective and timely response, the damage was immediately contained and the fire has been extinguished. No damage to property or loss of life, "the Pakistan military’s media wing said.

An explosion was heard in the city of Sialkot earlier today.

According to media reports, the sound of the explosion was apparently heard near the cantonment region in Punjab province.

The video footage of the explosions immediately went viral on social media.

No Official Reason given so far, ground sources say pic.twitter.com/0BzeAuQc3Z

The ISPR's statement came after reports of fires and explosions in the Sialkot area flooded social media.