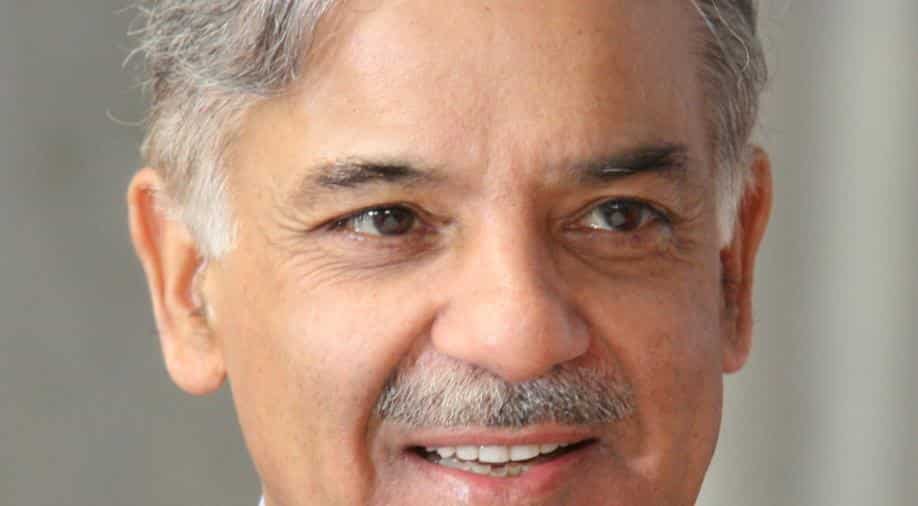 In a series of tweets, Durrani said, "Today, 8 days after my husband Shabaz Sharif was arrested by NAB, I was finally allowed to meet him. I hv returned home appalled. He lives in a dingy 10+10 cell with an exhaust fan, & not a crack in the concrete 4 fresh air or a ray of light! Thr is no concept of day & nite!"

Tehmina Durrani, the wife of former Punjab chief minister Shahbaz Sharif, has stated that she was "appalled" to see how her husband is being treated in custody of the National Accountability Bureau (NAB).

In a series of tweets, Durrani said, "Today, 8 days after my husband Shabaz Sharif was arrested by NAB, I was finally allowed to meet him. I hv returned home appalled. He lives in a dingy 10+10 cell with an exhaust fan, & not a crack in the concrete 4 fresh air or a ray of light! Thr is no concept of day & nite!"

Durrani further revealed that in order to use the restroom, Shahbaz has to repeatedly hit a lock on a barred door for the jailer to hear him and take him to use the public toilet. She also said that Shahbaz has not been provided with an air conditioner or newspaper.

"Narrating the situation, she said, "He has 2 repeatedly hit the huge lock on a barred door 4 the jailer 2 hear him & come with keys to take him 3 the public toilet, be it in the middle of the nite.Thr is no AC, & no newspaper but thr r many mosquitos whch hv left many red bites! He is taken 4 a walk in a corridor," the tweet read.
She also accused the NAB of unfair interrogation and lack of legal facilities for her husband, and claimed that the leader of the opposition is not being allowed to meet his lawyers.

"The leader of the opposition has not been allowed 2 meet his lawyers! Despite constantly asking 4 the required documents, NAB has not provided them. He is investigated 4 less than 30 minutes a day! Then he waits for the next 30 minutes & the next day 2 dawn. A dawn he can't see," Durrani added.

Shahbaz's wife went on to question why her husband was being treated like a "condemned criminal" when there is no probe. " If thr is no investigation why is Shabaz Sharif being treated like a condemned criminal? Why is he taken to the NAB court in a dark & airless 'Baktarband' grave-like jeep? Why is he so unprotected while 'IN' NAB custody that he is pushed around & falls?" she added.

Detailing Shehbaz's services for the Punjab province and his dedication towards serving the country, Durrani stated, "Shabaz Sharif, 3 times CM Punjab & present leader of the opposition taught us The Value Of Time. He was a man in a hurry. He served & delivered 24/7. Today, as he sits idle in his suffocating cell, I wonder why he 'Ran' so fast, & yet again 2day he said "I'm wasting 2 much time."

Continuing her tirade against NAB, Durrani termed the whole process of investigation as a "sham".

"My husband & I were not allowed 2 speak alone. Both his jailer & investigator were present. As I did not want 2 comment on an investigation, I waited until I saw it all 1st hand 2 give an accurate update on Shabaz Sharif's living conditions & the NAB investigation. It is a sham!," she tweeted.

Shahbaz Sharif was arrested by the NAB on October 5 for his alleged involvement in the Ashiana Housing Scheme scam, shortly ahead of the Pakistan by-polls. Sharif was arrested on charges of misusing authority and resorting to corruption in the housing scheme, during his tenure as the Chief Minister of Punjab province.