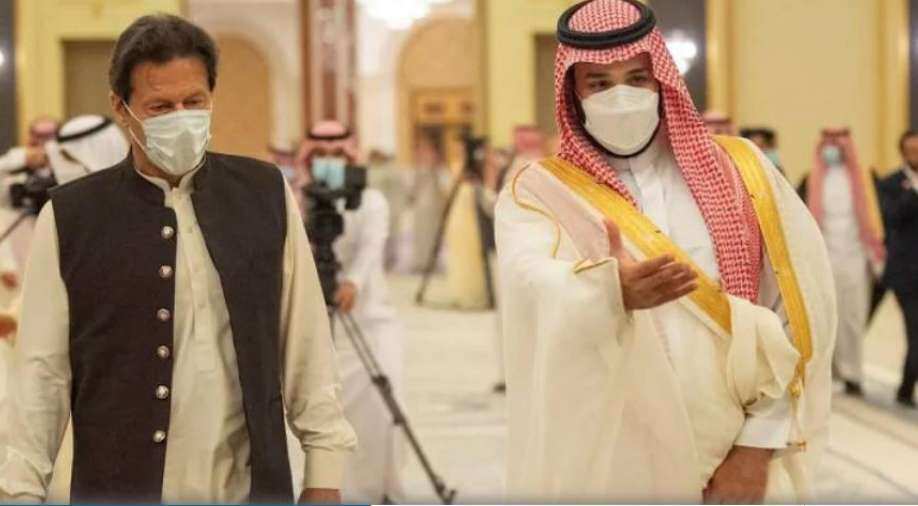 The two sides reportedly emphasised the importance of dialogue between Pakistan and India to resolve outstanding issues between the two countries.

Saudi Arabia has announced 118 humanitarian projects worth over $123 million for cash-strapped Pakistan in food security, health, education and water during Prime Minister Imran Khan's two-day visit, according to a report.

KSrelief announced 118 humanitarian projects for Pakistan at a cost of over USD 123 million in food security, health, education, water and environmental sanitation. He said that the kingdom has provided medical and preventive aid worth over USD 1.5 million to combat the pandemic.

Khan's Special Representative for Middle East Affairs Sheikh Tahir Mahmood Ashrafi told the Saudi Press Agency (SPA) that the visit will push the march of the cooperation in the right direction to achieve the desired interests and goals, and contribute to developing the political, military, diplomatic, economic, commercial, developmental and cultural coordination and cooperation fields.

Khan met Secretary-General of the Organisation of Islamic Cooperation (OIC) Dr Yousef bin Ahmad Al-Othaimeen and discussed developments in the Islamic world, the situation of Muslims in non-OIC countries and the issues on the OIC's agenda, in particular combating Islamophobia.

During the summit meeting between Khan and Crown Prince Mohammed bin Salman, enhancing economic and trade relations and the challenge posed by extremism came under discussion. They confirmed their satisfaction with the firmness of bilateral military and security relations, and agreed on further cooperation to achieve common goals between the two countries, the SPA reported.

The two sides also stressed the need for concerted efforts of the Islamic world to confront extremism and violence and reject sectarianism, and strive to achieve international peace and security. They also underscored the importance of continuing joint efforts to combat the phenomenon of terrorism which is not related to any religion, race or colour, and confront all its forms and images, whatever its source, it said.

India was mentioned in the joint statement in the context of the recent understanding reached between the military authorities of Pakistan and India on a ceasefire at the Line of Control (LoC), which is based on a 2003 understanding. The two sides emphasised the importance of dialogue between Pakistan and India to resolve the outstanding issues between the two countries, especially the Jammu and Kashmir dispute, to ensure peace and stability in the region, it added.

The militaries of India and Pakistan, in a surprise announcement on February 25, said that they have agreed to strictly observe all agreements on a ceasefire along the LoC in Jammu and Kashmir and other sectors.

India has told Pakistan that it desires normal neighbourly relations with it in an environment free of terror, hostility and violence.