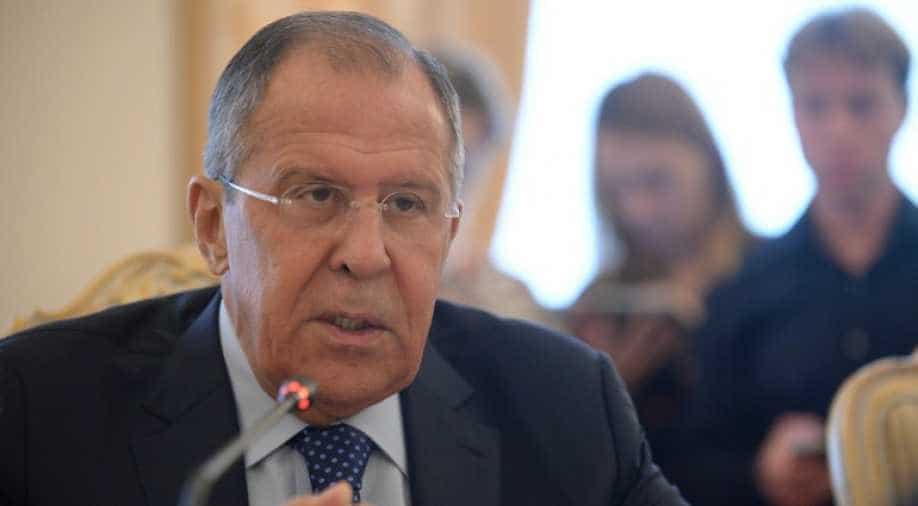 But in Washington, the US State Department said Tillerson did not eliminate the possibility the United States may undertake future strikes. Photograph:( AFP )

Panjshir valley, known for its natural defenses is is Afghanistan's last remaining holdout

Russian forein minister Sergei Lavrov said on Thursday that anti-Taliban forces led by deposed Afghan vice-president Amrullah Saleh and Ahmad Massoud were gathering in Panjshir Valley. Massoud is the son of a slain anti-Taliban fighter. Panjshir lies in the north of Kabul.

"The Taliban doesn't control the whole territory of Afghanistan," Lavrov told reporters at a press conference in Moscow following a meeting with his Libyan counterpart.

"There are reports of the situation in the Panjshir Valley where the resistance of Afghanistan's vice president Mr Saleh and Ahmad Massoud is concentrated," he said.

Panjshir valley, known for its natural defenses is is Afghanistan's last remaining holdout. Saleh and Massoud are pulling together a guerilla movement to take on Taliban.

Moscow has been cautiously optimistic about the new leadership in Kabul and is seeking contact with the militants in an effort to avoid instability spilling over to neighbouring ex-Soviet states.

While the United States and other countries rushed to evacuate their citizens from Kabul, Russia said its embassy will continue to function.

Russian foreign ministry spokeswoman Maria Zakharova told reporters on Thursday that the Taliban are "actively restoring order" and have demonstrated their "intent to dialogue".

She said at her weekly press briefing that the militant group -- known for its severe treatment of women -- is "ready to take into account the interest of citizens, including... women's rights".

Earlier this week, Russia's ambassador to Afghanistan Dmitry Zhirnov met with the Taliban in Kabul, hailing on state television a "positive and constructive" meeting.

The Kremlin has in recent years reached out to the Taliban -- which is banned as an "extremist" group in Russia -- and hosted its representatives in Moscow several times, most recently last month.