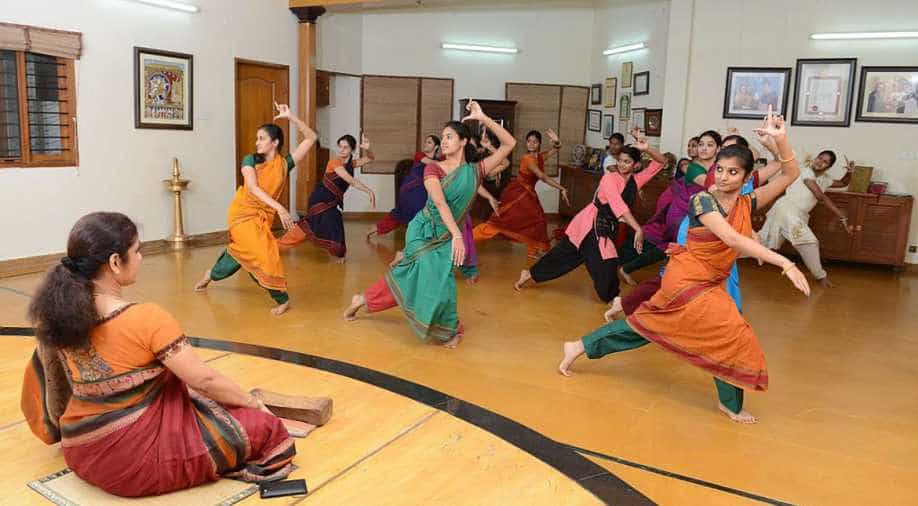 Students elegantly curve their hands before breaking into synchronised footwork at a class in New Delhi, where growing numbers are signing up for Indian traditional dance classes rooted in Hindu mythology.

Class participants range from from pre-teens to surgeons and marketing managers -- but they have all chosen to learn traditional Indian dance, which emerged from the country's temples centuries ago, over western options such as ballet, jazz and hip hop.

"No other form can give you the satisfaction that classical dance gives you," added the 29-year-old. "You feel like you're one with God."

Such is the appeal that Pant flies to Delhi, spending around Rs 7,250 ($100) every weekend, on flights just to train under acclaimed dancer Madhumita Raut.

India is home to eight major classical dance styles including Odissi and Bharatnatyam -- a genre originating in the country's southern temples more than 2,000 years ago -- that tell stories of gods through facial expressions, hand gestures and rapid footwork.

They run deep in India's culture, performed at marriages, folk festivals, school contests, on reality shows and most notably in Bollywood films.

While reasons for enrolling vary from exercise to extra-curricular points in college applications, Nabanita Baul Dutta says dance saved her from depression.

"Dance is happiness to me," said the 23-year-old house wife, who has been learning Bharatnatyam in Delhi for the past year.

"After moving to Delhi, I went into depression... Then I found akka (guru), I came to her and I got out of depression," said Dutta.

In a cramped living room, Dutta's guru Aayurshi Neeraj recites a 'sollukattu' -- a sequence of syllables that correspond to movements -- keeping rhythm with a wooden stick and plank.

Her students clasp their hands in front of them and stamp out beats with their feet.

"Bharatnatyam to me is spirituality, it is a meditation and it's a favourite dance to Lord Shiva," said Neeraj.

A garage-turned-studio in a upmarket part of the capital serves as Raut's studio where she teached Odissi, a more fluid-moving dance in which face and hand movements are perfectly timed.

Pant and five other student mirror Raut as she forms mudras (hand gestures) to a steady chant.

"My children also learn different forms of dancing. Today they are learning Zumba-Rumba something like that and one year back it was hip hop..." said 47-year-old Raut, listing off dance crazes that slipped in and out of fashion.

"They know that Odissi is for keeps," she adds comparing the allure of traditional dance to the enduring appeal of classic texts.

"There is a difference between literature, a coffee table book and a magazine," said Raut, who has more than 60 pupils and a growing waiting list.

"Shakespeare will be there always," she added.

Once performed in temples and royal courts, India's classical dance has found international resonance with troupes performing around the world.

Thanks to a mushrooming Indian diaspora, traditional dance schools have popped up globally, piquing the interest of other nationalities too.

Back in Delhi, the students say the West looks to India in search of spirituality, culture and history, which is why this classical art has gained international popularity.

"What is lacking, especially in the US and so, they don't have a very rich cultural history... I think they seek and they want to find that piece of ancient history, that art form," said Pant, who has been learning Odissi since she was 14.

"They're leaning to India because we've had the most ancient civilisations and that's why India and its culture has become so popular."

Her guru Raut, an award-winning dancer who has lived, taught and performed in Europe, the US and Japan, believes Indian dance transcends borders between people and countries.

"It's a vast treasure and it can be shared and it will only spread and spread."